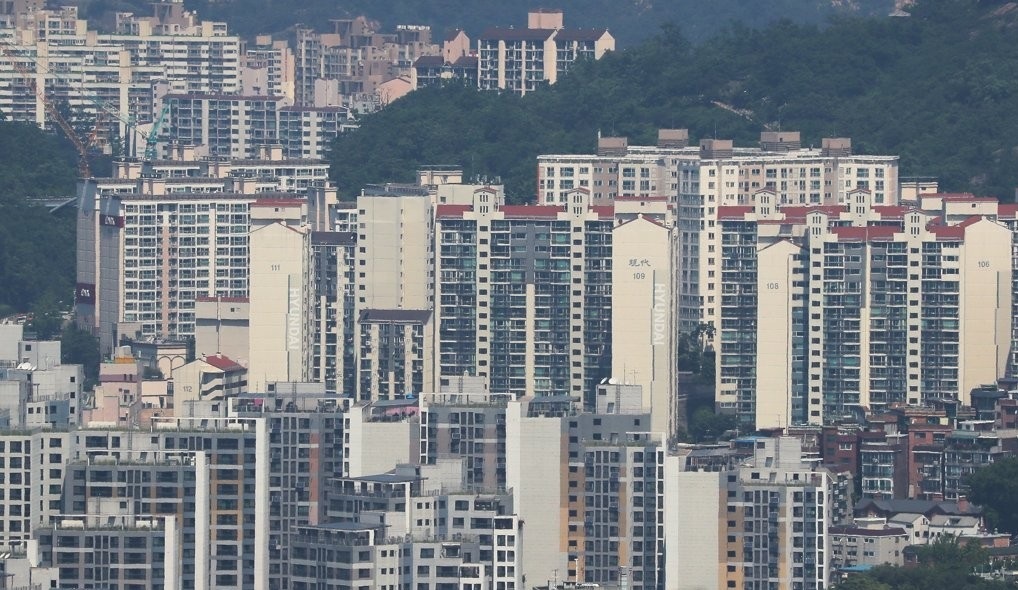 Two-year apartment leases, known locally as jeonse, have jumped by some 44 percent in Seoul since the beginning of the current Moon Jae-in administration, data showed on June 7.

During the same period, the average jeonse price per square meter soared 43 percent from 16.4 million won to 23.47 million won.

Gangdong-gu saw the highest price increase, 54.4 percent, among 25 districts in the city, while jeonse prices grew by 51.1 percent and 50.1 percent in Gangnam-gu and Songpa-gu, respectively.

The average price of jeonse contracts, which involve a lump sum deposit but no monthly rent, has been rising since July 2019. It started gaining traction especially after the government’s new regulations to protect tenants came into effect in July last year. The new regulations cap the maximum rent hike to 5 percent and allow tenants to extend contracts for an additional two years.

The regulations, rushed through the National Assembly, have become a bone of contention among landlords and tenants as the former try to refuse to renew lease contracts in a bid to raise the jeonse deposits with new renters, while the latter are asked to increase the jeonse deposits or vacate their rental properties.

After the implementation of the house lease laws, some jeonse landlords have increasingly switched to monthly rental arrangements as well. Of the 136,508 lease contracts made from August 2020 to May 2021, 46,503, or 34 percent, involved monthly payments.

The proportion of monthly rental arrangements was up from 28.1 percent marked during the 10 months before the laws went into effect.

With the number of jeonse rents falling, the prices are expected to rise, according to market experts.

“The increasing switch to monthly rent is expected to exacerbate the current supply shortage of long-term rents,” said Kwon Dae-joong, a real estate professor at Myongji University, forecasting that jeonse prices would likely increase down the road due partly to the government’s increasing regulation in the real estate market.