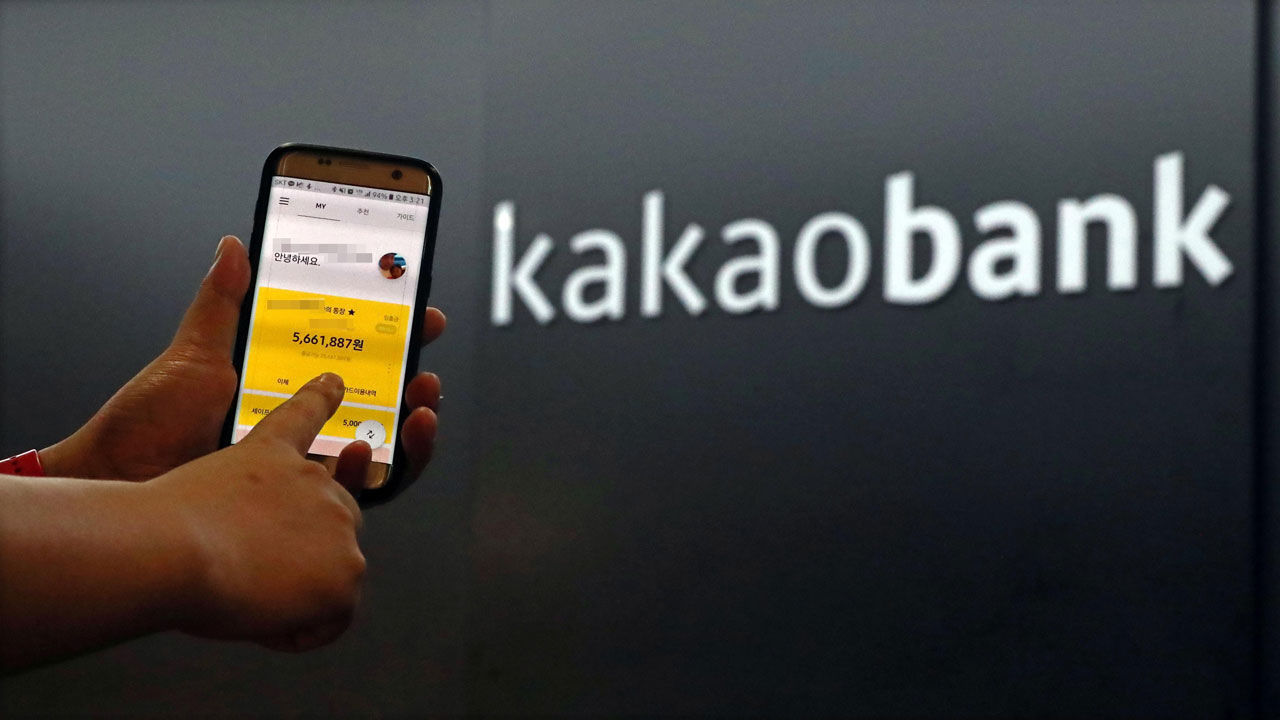 KakaoBank, South Korea’s biggest online bank, saw more than a 150 percent growth in its first-quarter net profit due to an increase in interest income and transaction fees, the firm said May 17.

KakaoBank also saw its net interest margin rise, from 1.54 percent during the January-March period in 2020 to 1.87 percent in the same period this year.

In comparison, the average NIM of Korea’s five largest commercial banks -- KB Kookmin Bank, Shinhan Bank, KEB Hana Bank, Woori Bank, NH Nonghyup Bank -- stood at 1.43 percent for the first quarter, up 0.05 percentage point from a year ago. NIM, which measures the difference between interest paid and interest received, is a key barometer of profitability.

The lender said that its total loans stood at 21.6 trillion won as of end-March, adding 1.92 trillion won during the three months, as it pushed to expand its loan services to low- and mid- credit holders.

The company also said it saw a surge in popularity among senior customers who are in their 50s and above, accounting for a record 15 percent of the total user base of 16.15 million people as of the end of March. During the first quarter, the company added about 700,000 new clients.

The increase in users has led to a growth in transactions, as the total transactions via KakaoBank jumped 60 percent to 79.1 trillion won during the first three months in 2021 from a year ago.

Meanwhile, KakaoBank applied for a preliminary review of an IPO on April 16 and is expected to float as early as July.