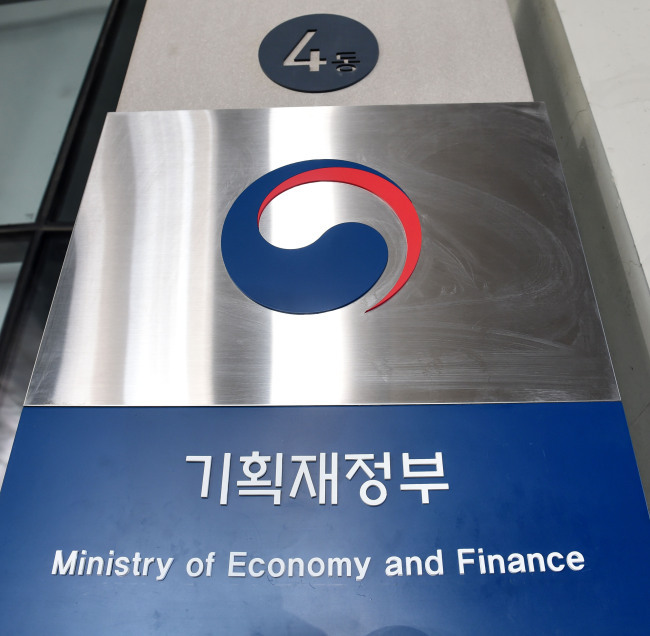 The signboard of the Ministry of Economy and Finance (MOEF)

Global ratings firm Moody’s has kept the credit rating of South Korea at Aa2, affirming the outlook at stable, according to the Ministry of Economy and Finance on May 12.

The US rating firm holds discussions with the ministry and the state-run Bank of Korea on a regular basis before announcing a credit rating report for the nation.

The rating agency cited the nation’s strong economic fundamentals, and quick economic recovery from the coronavirus pandemic as some of the reasons for the rating, the ministry said.

The Aa2 grade is the second highest among Asian nations after Singapore, which was given an Aaa score.

Moody’s forecasts the nation’s GDP will likely rebound by 3.5 percent this year thanks to growing demand for Korea’s manufactured exports, including electronic products, and the government’s accommodative fiscal strategy.

The rating company warned the nation’s debt, which has risen to historically high levels, could become a challenge, testing the long-established track record of fiscal discipline.

Long-term economic and fiscal costs brought on by an aging population, and the ongoing risk of military confrontation with North Korea are some of the factors that could downgrade the nation’s credit rating.

The ministry said the latest rating evaluation showed the economic resilience of the nation and outstanding risk management during an economic crisis.

“The positive view on the nation’s economic growth this year indicates that Korea will continue to recover from the impact of the pandemic this year,” an official from the ministry said.

The ministry pledged that it would make efforts to maintain the nation’s fiscal health by strictly managing the amount of debts.

S&P Global, a US rating firm, also maintained the nation’s credit crating at AA late last month, confirming its outlook at stable. It gave Korea the high score taking into account the nation’s quick economic recovery from the virus crisis.