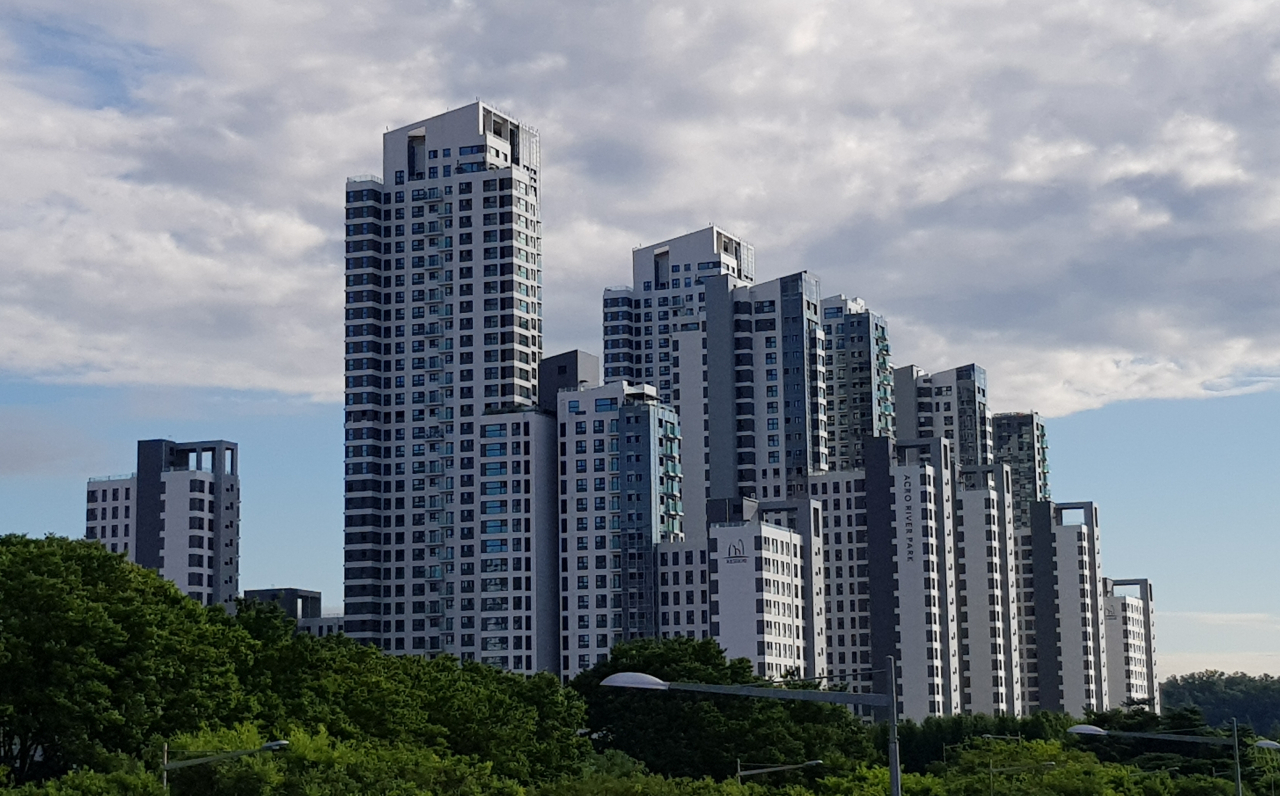 Multiple-home owners with property in one of Seoul’s most expensive districts are scrambling to gift apartments to family members before toughened tax rules come into force in June, according to data released by the state-run Korea Appraisal Board on April 20.

The number of apartment transfers among family members in Gangnam-gu, a southern Seoul district, hit a monthly record high of 812 in March, 6.3 times higher than the previous month’s 129, the data showed.

The March figure is the second-highest since record-keeping began in January 2013, falling close behind the all-time high of 832 in June 2018.

Previously, the number of in-family property transfers in Gangnam had remained in the range of 47 to 420 since June 2018.

“It seems that owners of multiple homes in Gangnam have decided to hand their apartments down to their family instead of selling them to others to avoid a hefty, comprehensive real estate tax and an increased sales tax for multiple-home owners, which will start to be in place from June,” said Park Won-gab, a senior real estate researcher at KB Kookmin Bank.

Starting in June, owners of two or more homes will be slapped with heavy taxes as the comprehensive real estate tax rate will be raised to 6 percent, up from the current maximum of 3.2 percent. The current property sales tax rate, which ranges from 6 percent to 45 percent, will increase to between 65 percent and 75 percent.

The overall number of apartment transfers across Seoul increased to 2,019 in March, up from 933 in the previous month.

The posh district of Gangnam accounted for 40.2 percent of the total, while Gangdong-gu, an eastern Seoul district, came second with 307 transfers, or 34.6 percent. Next-highest were Nowon-gu in the northeastern part of Seoul and Gangseo-gu in western Seoul, which recorded 139 and 121 transfers, respectively.

Across the nation, 10,281 property giveaways took place in the month of March, up 57.2 percent from February.