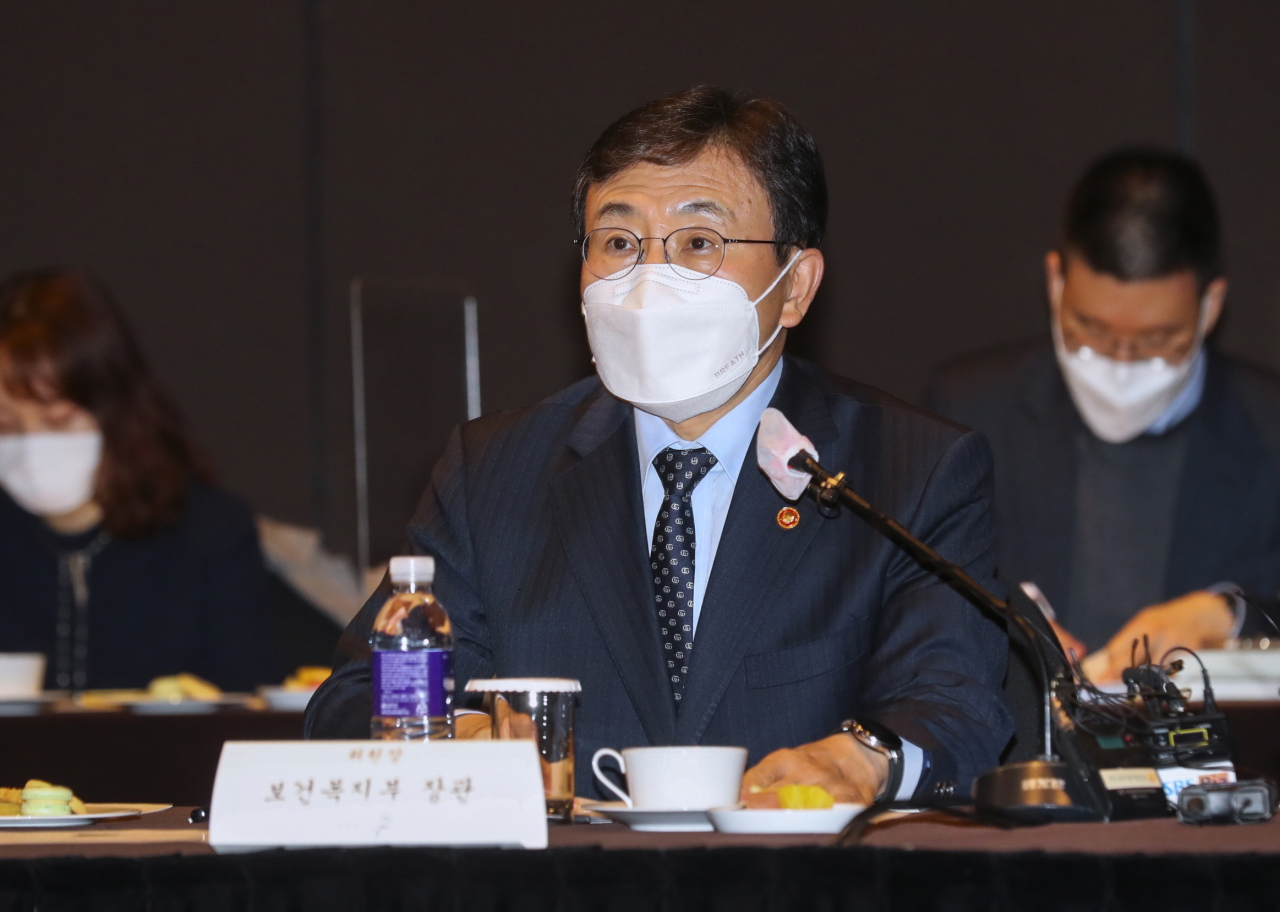 South Korean Minister of Health and Welfare Kwon Deok-cheol attends a meeting of the investment management committee of the National Pension Service in Seoul on Friday. (NPS)

“The proportion of strategic asset allocation limit for domestic equities has been increased from the current 2 percent to 3 percent,” said Kwon, who also heads the state pension’s asset management committee.

Under the revision, the portion of its investments taken up by domestic stock purchases will also be expanded to a range of 13.8-19.8 percent of the total assets, from the current 14.8-18.8 percent.

“The strategic asset allocation proportion exceeded the upper ceiling of limitation at the end of March. Since it deviated from range for the fourth consecutive month, we thought now is the time to come up with countermeasures,” Kwon said, explaining the reason for holding the earlier-than-expected meeting.