The five major commercial banks here -- KB Kookmin, Shinhan, Woori, Hana and NH NongHyup -- have started lowering limits for their key overdraft account products designed for “high-income individuals and professionals” from an average 200 million won ($179,500) to about 100 million won. The relatively low-risk overdraft accounts have conventionally been a popular choice for borrowers. 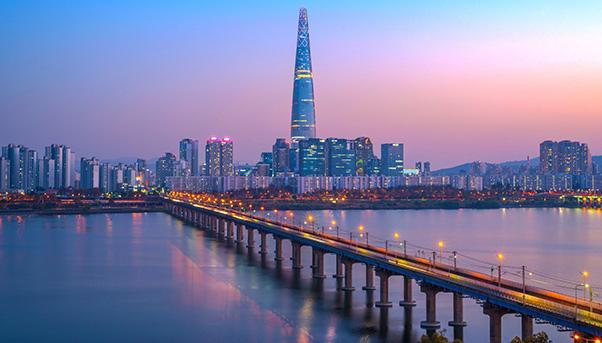 In Woori’s case, the lender lowered the limit for its two key overdraft account products for office workers from the initial 200 million won and 300 million won to 100 million won in both cases. The limits would be effective from Friday offline and Monday for online and apps.

The tightened overdraft rules come as financial authorities have been changing the debt service ratio rules on borrowers, especially for high-income individuals with annual salaries of over 80 million won and over 100 million won of unsecured loans. Its main aim is to curb the growth of household debt.

Korean households saw their collective debt reach 191 percent of their net disposal income as of 2019, up from the ratio of 184 percent posted a year earlier, recent data from the Organization for Economic Cooperation and Development showed. Asia’s fourth-largest economy placed at sixth on the list of OECD countries in the household debt-disposal income ratio last year, up from eighth in 2018.

On Nov. 13, the policymaking Financial Services Commission and the watchdog Financial Supervisory Service announced that they would change the DSR rules on borrowers with cumulative unsecured loans of 100 million won or more. The DSR, basically, is annual loan payments divided by annual income.

Under such rules, a high-income individual who already has already met the quota of 100 million won of unsecured loans would be unlikely to receive additional unsecured loans if their total annual debt payments exceed 40 percent of their annual income.

Experts have voiced concerns about tightened lending rules for high-income individuals, saying that it would fuel borrowers to look for more loopholes in the system.

“At the moment, the increase of supply is the best countermeasure, but this method is likely to prompt high-income individuals to use people with lower-incomes in receiving their loans,” Dankook University economics professor Kim Tae-ki said.

“This would ultimately increase transaction costs, which could prompt side-effects,” he added.