We know this by many names. Poo, feces, stool, turd, excrement. ... The list can grow endless if imaginative children join in.

But scatology is not a matter to be lightly regarded, as “gut feelings” take on a literal meaning in health care. Chunlab, a microbiome research firm, on Tuesday launched three-step services analyzing feces for personalized health care.

Chunlab’s Gut Inside survey collects excrement in a bag and analyzes the beneficial and harmful bacteria found in it in order to learn the status of a person’s gut health.

The company then offers three different types of biotics P, B and O according to the analytics result. 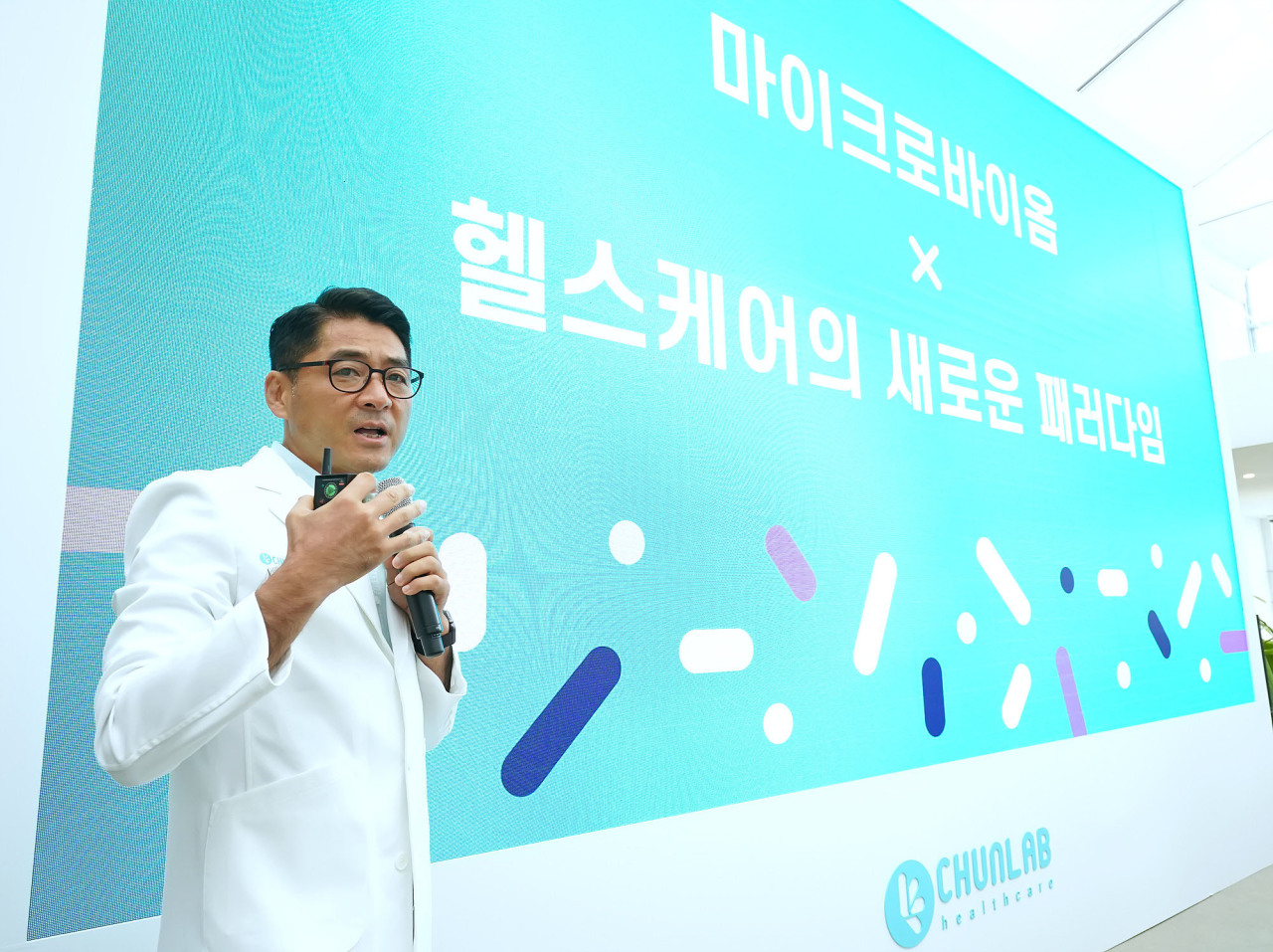 Why is what comes out of our body so important?

Bill Gates in 2019 had counted microbiome as a game-changer for global problems such as malnutrition and immune system-based anti-cancer treatment in 2019.

In the past decade, 60,000 peer-reviewed papers were published on microbiome.

In short, our body contains over 38 trillion microorganisms of which 95 percent inhabit the guts. The number of these microorganisms surpass that of our cells, which are, on average, around 30 trillion.

By safeguarding the prevalence of prevotella (pibio) and bacteroides in the guts, Chunlab seeks to prevent the onset of inflammations of organs that can be the start of more serious illnesses.

“If you’re the type who likes going to a restaurant frequented by different chefs, then you will like Chunlab,” said CEO Chung Jong-sik at the launching event for the Gut Inside, biotics products and the pibio app.

Chun is a microbiologist and professor of biological sciences at Seoul National University.

Chunlab is not only comprised of experts of biology and medicine, but also over 1,200 microbiome researchers from 150 countries access its EZ BioCloud on a daily basis for their studies.

“What we eat determines our microbiome distribution, not our race or ethnicity,” CEO Chun said.

“Homo sapiens had a good relationship with microbiome in their hunter-gatherer ancestry. But over time the dietary habits have shifted from rough, raw crops to processed, soft starch, leading to the destruction of optimal microbiome ecosystem. Excessively clean environment has also ironically removed beneficial bacteria from the human system,” said Chun.