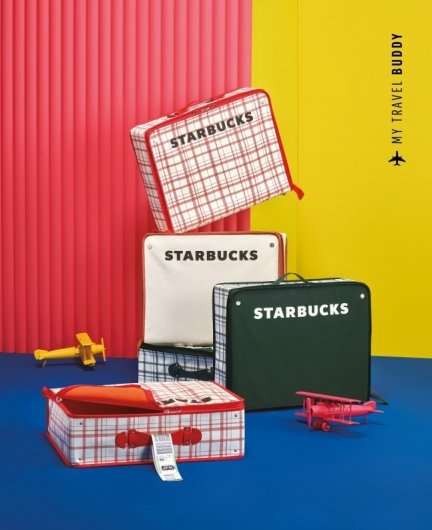 Facing criticism over toxic chemicals claimed to have been found in Starbucks Korea giveaway “summer carry bags,” the company said Tuesday that it is considering additional compensation to appease angry customers.

“Depending on the internal investigation result of a formaldehyde level test of the bags, the company might provide compensation other than giving free drink coupons,” a representative from Starbucks Korea told The Korea Herald.

“We plan to share the test result no later than next week. Also, we have requested a separate test from a governmental research organization,” the official added.

The case flared up from an online post made last week by a user claiming to be an employee at the FITI Testing & Research Institute -- a state-run certification organization for consumer goods – claiming formaldehyde was detected in the bag.

Formaldehyde is a strong-smelling chemical used in adhesives, fabrics and building materials. It can cause cancer in humans if they are exposed to high levels, according to sources. Summer bags were handed out for free to customers who purchased 17 Starbucks drinks from May 10 to July 11.

A worker who claims to work for Bosch wrote in a reply, “How on earth can customers use that? I hate myself for being excited to get the bag.”

In the face of widespread criticism, Starbucks Korea on Friday posted a notification on its mobile app that customers who return the summer bags from Saturday to Aug. 31 will be given three drink coupons.

Previously, the company denied allegations it was giving out supposedly faulty items. “Unlike clothes or bedding fabrics, bags are exempt from following safety guidelines on the level of formaldehyde, since they are not the kind of products people put on and have direct contact with on their skin.”

In June, multiple online posts claimed that the same bags had a squid-like stinky odor. Starbucks Korea explained some of the products might have a strong smell because the dye might not have completely dried, and that the smell will go away in a couple of days.

This is latest case of Starbucks Korea being questioned over the quality of its products.

In April, Starbucks Korea received complaints that its paper straws smelled like gasoline. The company found out one of its straw manufacturers mixed up the amount of liquid coating substance, and recalled the entire stock of straws produced there. There was another issue last month when the company’s sandwiches appeared to lack some of the ingredients, calling for more stringent quality control.

Starbucks Korea opened its first branch in front of Ewha Womans University in western Seoul in 1991, and was last year acquired by Korea’s retail giant Shinsegae, which holds a 67.5 percent stake after buying 17.5 percent of shares from Starbucks Coffee International. It is the largest coffee chain in South Korea, generating more than 2 trillion won in annual revenue.