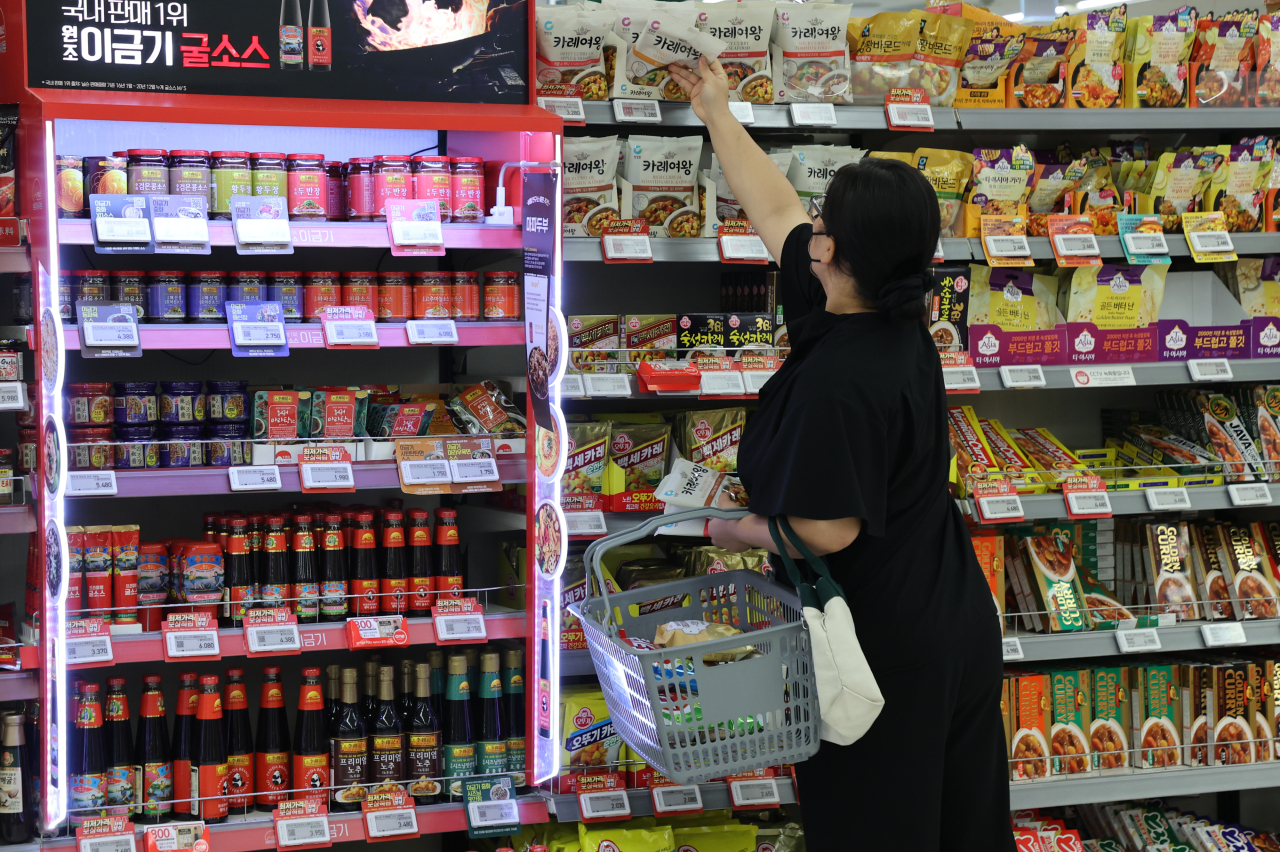 A consumer picks a curry sauce mix at a supermarket in Seoul. (Yonhap)

Kim Ji-yeon, a 29-year-old elementary school teacher, stopped eating out during weekdays and started to eat lunch at a school canteen. Instead of going to cafes after lunch, Kim drinks instant coffee in her office. It has been two weeks since she has not spent any money during weekdays.

Kim is one of the growing number of South Koreans, especially millennials and Generation Z (those born in the 1980s up to the 2010s), who are tightening their budgets instead of being frivolous amid rising inflation.

On Instagram, there are currently 3,290 hashtags like “no spend,” “no-spend challenge” and “no-spend day,” filled with daily posts of household ledgers that show zero spending.

YouTubers share tips on drastically cutting daily costs and changing spending patterns. A full-time nurse and a vlogger surnamed Kim uploads cooking recipes of low-cost big-batch meals such as curry on YouTube. Kim sets a mission like living with 50,000 won for a week and shows the viewers how it is possible.

“One day, I checked my bank account, and it was completely empty. I thought if I don’t start saving from now on, I will be homeless with no money,” Kim said in her YouTube video. Kim’s most viewed post has hit 352,800 as of Thursday.

A startup marketer in her 20s who goes by hegrang on YouTube shows viewers ways to save 80 percent of their income and make 100 million won in a few years. She also recommends easy-to-read books that give insights into saving money.

Experts warn that excessive saving can be harmful. “Saving isn‘t bad. But cutting off friends and isolating yourself is not the healthiest ways to save money,” said Lee Eun-hee, a consumer science professor at Inha University.

According to data from Korea Statistics, the consumer price index surged by 6 percent to 108.22 as of June, its highest in 23 years and seven months. The misery index, which measures the degree of economic distress using the unemployment and inflation rates, jumped to 10.6, the highest in seven years.