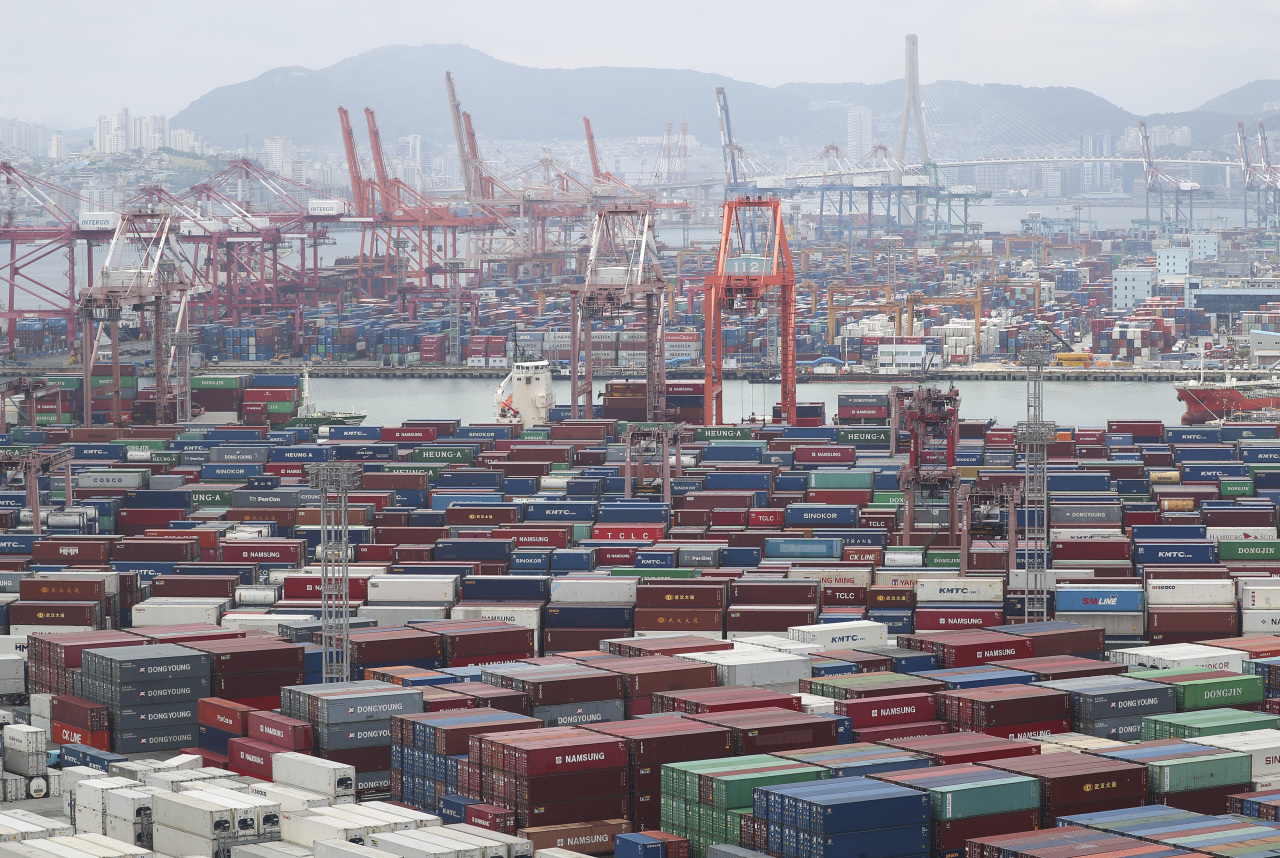 Containers are stacked at Sinseondae pier in Busan. (Yonhap)

South Korea is expected to record this year its first annual trade deficit since the global financial crisis in 2008, the Korea International Trade Association said in a report released on Wednesday.

The country is projected to post an annual trade deficit of $14.7 billion due to high oil prices, with $703.9 billion in exports and $718.5 billion in imports, KITA’s Institute for International Trade said.

Exports are likely to rise above $700 billion for the first time ever, or up 9.2 percent from last year, on strong sales of semiconductors, petroleum products, petrochemicals and electric cars.

Exports of chips are projected to rise 10.2 percent this year on steady foundry demand. KITA estimates exports of petroleum products, petrochemicals and cars to grow 50.5 percent, 9.6 percent and 11.1 percent, respectively, this year.

Imports, however, are likely to keep increasing as oil prices hover above $100 per barrel.

For the first five months of this year, imports of crude oil, natural gas, coal and petroleum products -- the four major items of energy import -- accounted for more than a quarter (27.6 percent) of the country’s total imports.

Due to Russia’s prolonged war with Ukraine, crude oil prices have gone uphill and will make imports rise, KITA said.

The size of the trade deficit in the latter half of the year (-$3.3 billion), however, will be smaller than that of the first half (-$11.4 billion), as oil prices might drop due to the OPEC Plus’ recent decision to increase production and concerns of a global economic slowdown, according to KITA.

“South Korea’s exports are heading toward a record high despite difficult circumstances, but the global conditions won’t be helping in the second half,” said Cho Sang-hyun, chief of KITA’s IIT.