The diagnosis platform lights up as the sample blood tests positive for Alzheimer’s disease. (Korea Research Institute of Bioscience and Biotechnology)

To date, there is no cure for Alzheimer’s disease, a type of senile dementia leading to memory loss and cognitive impairment. The KRIBB said the key to treatment is to slow the progression of the disease through accurate early diagnosis.

The researchers confirmed that the level of miR-574, a type of microRNA, increased significantly in patients with Alzheimer’s disease. In order to effectively detect the level of miR-574, they came up with a hydrogel-based sensor with catalytic hairpin assembly reaction-based probes that can detect genes at a high sensitivity without additional processes.

The researchers designed the sensor in a way that it would emit fluorescent light when the Alzheimer’s disease-related biomarker is detected.

The KRIBB said the traditional diagnosis of Alzheimer’s disease tested certain types of proteins to detect the disorder, but it put a burden on patients, as it required cerebrospinal fluid. The research on microRNA detection is being actively carried out in order to replace the existing method of diagnosis, it added.

“The great thing is that it can detect biomarkers for Alzheimer’s disease with only blood. We expect (the diagnosis platform) to contribute to the improvement of national health and welfare in the aging era by using it in the fields of initial diagnosis and prognosis monitoring of senile dementia,” said Dr. Lim Eun-kyung, co-director of the research project. 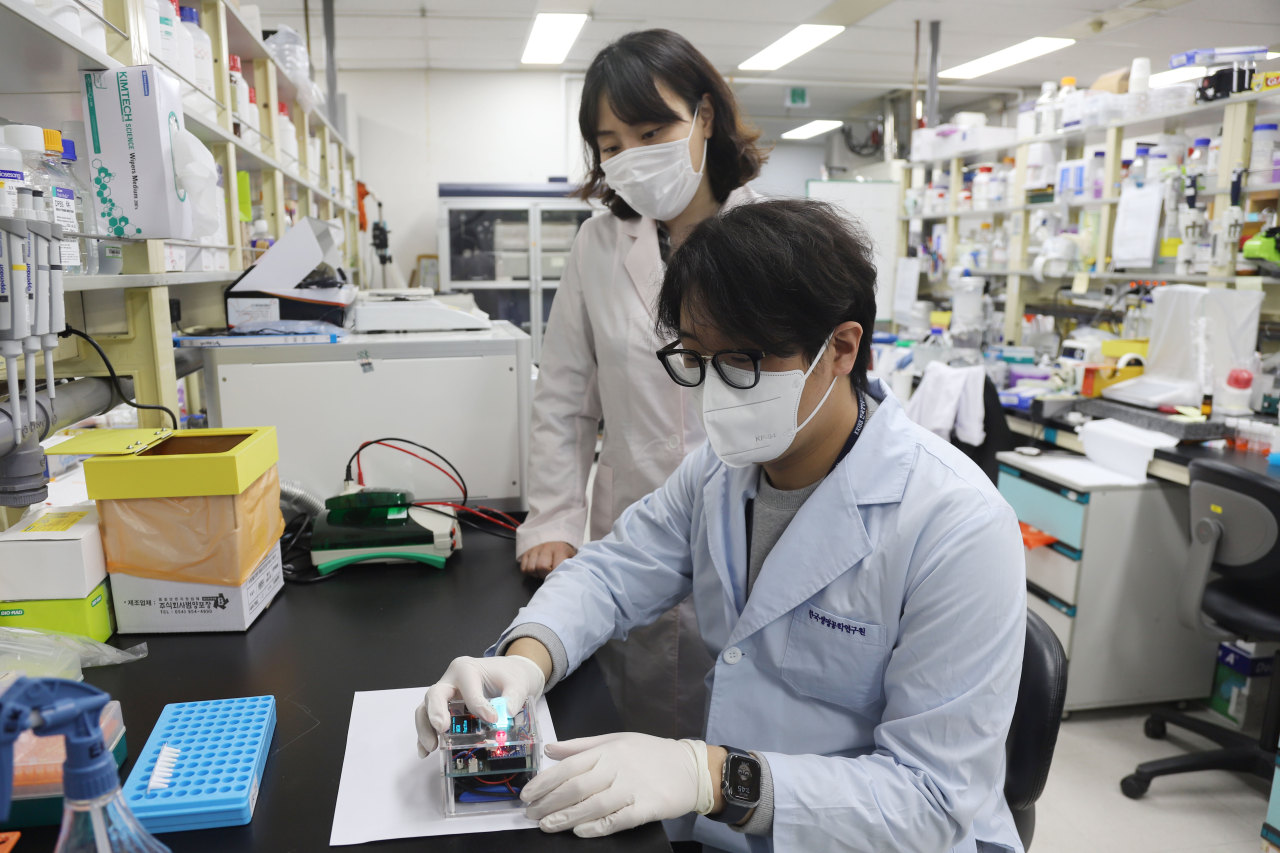