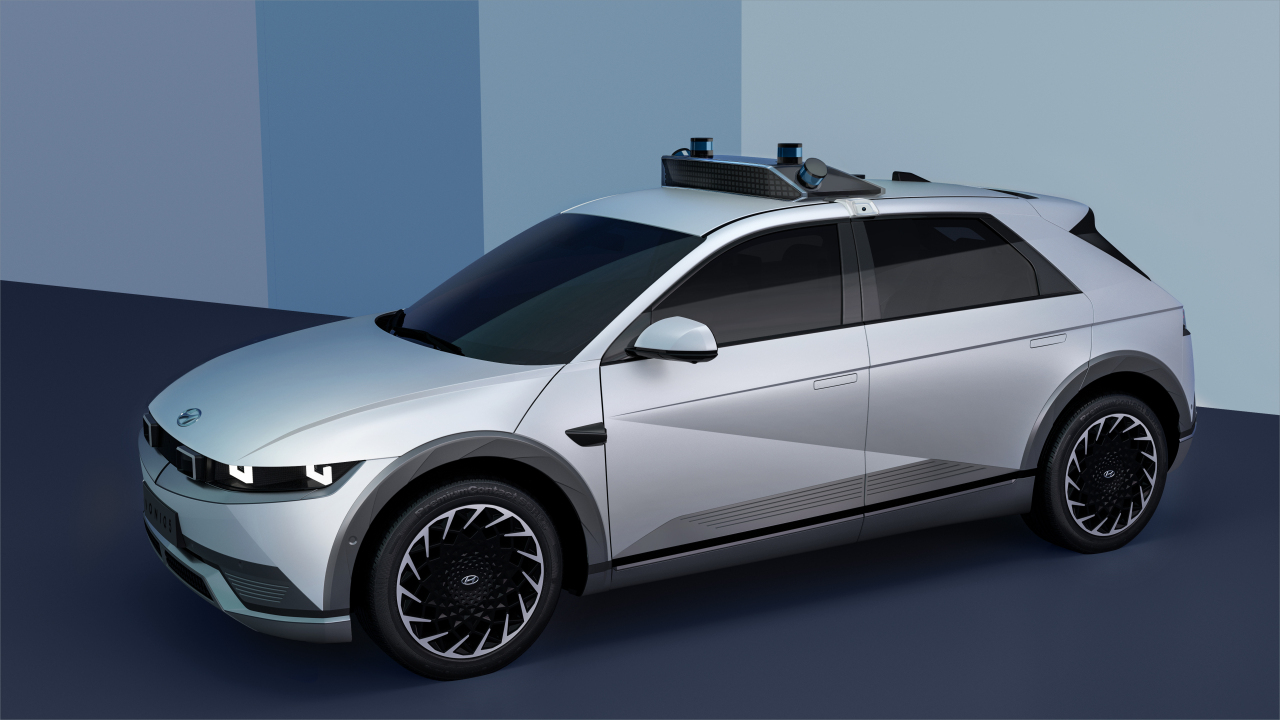 A rendering image shows Hyundai Motor Group’s fully electric Ioniq 5, which will be tested in Seoul next year as a self-driving car requiring no human supervision. (Hyundai Motor)

Hyundai Motor Group said Thursday it would test its Level 4 autonomous driving system in downtown Seoul under its new mobility service RoboRide with its fully electric compact Ioniq 5, from as early as next year.

The Korean auto giant said running RoboRide will set the grounds for the company’s advancement of self-driving tech, in a step toward the commercialization of uncrewed mobility services.

“We’ve been developing autonomous driving technology for all to move around based on our philosophy of general safety and selective convenience,” said Jang Woong-jun, head of Hyundai Motor Group’s autonomous driving center, during a press conference at Seoul Mobility Show 2021.

According to the Society of Automotive Engineers International, of five levels of driving automation, Level 4 refers to a vehicle driving itself under limited conditions, while Level 5 is driving on its own in any conditions.

Global carmakers have been racing to commercialize self-driving uncrewed vehicles, but few of them such as GM have managed to obtain permission from authorities and begin test operations.

Hyundai Motor Group is currently working with US autonomous vehicle company Motional and ride-hailing app Lyft to launch a Level 4 self-driving mobility service for the public in 2023.

While details on RoboRide’s operation will be unveiled early next year, the automaker said the new mobility service will drive based on self-control for all road situations barring some cases such as a sudden traffic jam.

A simulation video unveiled by Hyundai Motor shows a vehicle reading traffic lights, changing lanes, making a U-turn, turning right and left and controlling the system after recognizing road obstacles such as by reducing the speed.

Uniquely designed by the automaker to fit local road situations for self-driving, Ioniq 5 has “inherited the Pony’s bold design as a perfect partner to expand the realm of personal mobility to a self-driving sector,” according to Simon Loasby, head of Hyundai Style Group.