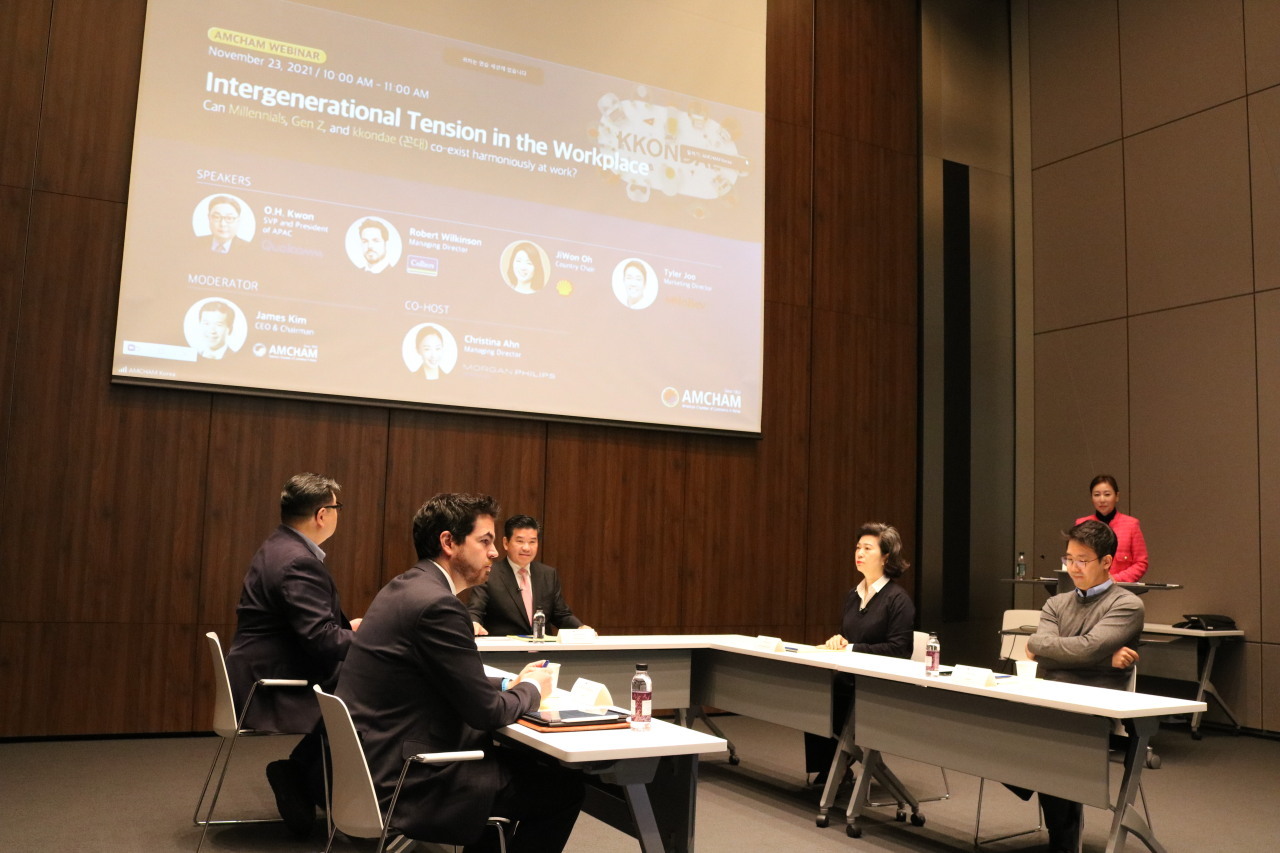 The American Chamber of Commerce in Korea and Morgan Phillips Korea co-hosted a webinar on Nov. 23 to discuss generational disparity in the workplace with four CEOs of leading global companies.

The moderator of the conversation, Christina Ahn, managing director of Morgan Phillips Korea, pointed out some of the differences noticed between young employees and senior employees.

When asked their opinion about hoesik, or company dinners, members of older generations responded that it is necessary for team building while 38 percent of younger people labeled it “a complete waste of time.”

“If a company acknowledges differences between generations and addresses them properly, I think this is less of a challenge,” said Joo, the youngest speaker at the webinar.

He added that the key to resolving intergenerational conflict in the workplace comes down to understanding how to interact with different generations and what motivates them.

AMCHAM Chairman James Kim, who led the conversation, asked the speakers how they define “kkondae,” an expression used in South Korea to describe a condescending, usually older, person.

Robert Wilkinson added that “there are young kkondae as well, as young people too, can be inflexible with their views of the world, unwilling to listen and try new things.”

“The fastest way to close the gap with Gen Z is by changing myself first,” said Kwon.

Communication, transparency and openness were brought up as the solutions to generational disparity during the webinar.

“In our company, we have a culture of looking out for one another. Having this overarching culture unifies us and gives opportunity to speak out. We allow intervening regardless of how senior that person one is talking to” said Oh.