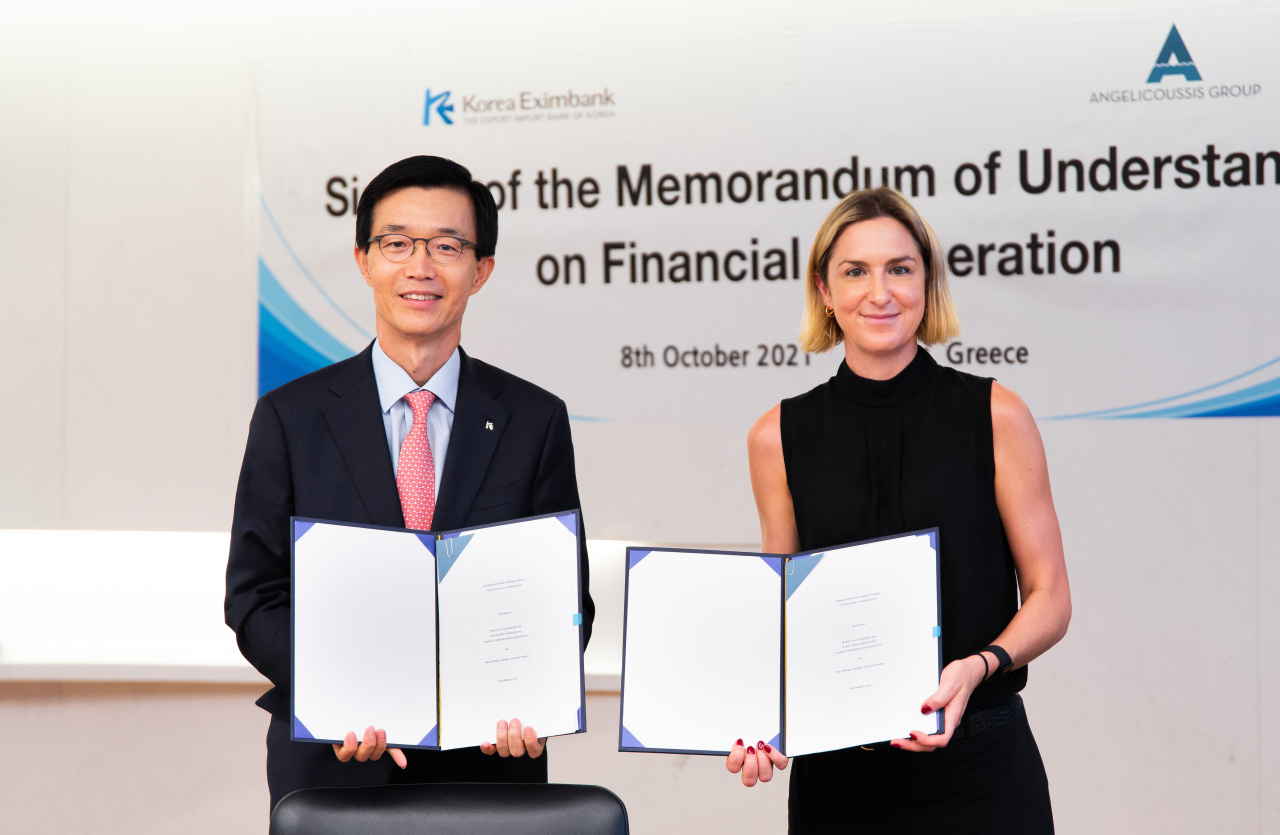 The financial assistance will be given to Korean builders on condition that they order Angelicoussis’ eco-friendly ships that are powered by dual fuel or ammonia fuel, which produce less pollution.

The agreement came amid a fast change in the transport industry to switch from fossil fuel to liquefied national gas.

The bank expects Greek shipping companies to participate in the bidding for a liquefied natural gas transport project by Qatar Petroleum in November.

The 23 trillion won ($19 billion) project will in turn be helpful to the Korean shipbuilding companies, the bank said.

As part of his trip to Greece, Bang also met with Greek Maritime Minister Ioannis Plakiotakis to discuss ways of strengthening the shipping network between the two countries.

The chairman also sat down with Nikolas Martinos, vice president of Union of Greek Shipowners, on Oct. 9 calling for the Union’s utmost support toward the Korean shipbuilders.

Greece owns approximately half of the EU’s vessels and 20 percent of vessels worldwide. About 20 percent of $66.1 billion worth of orders South Korean shipbuilders received around the world is from Greece.