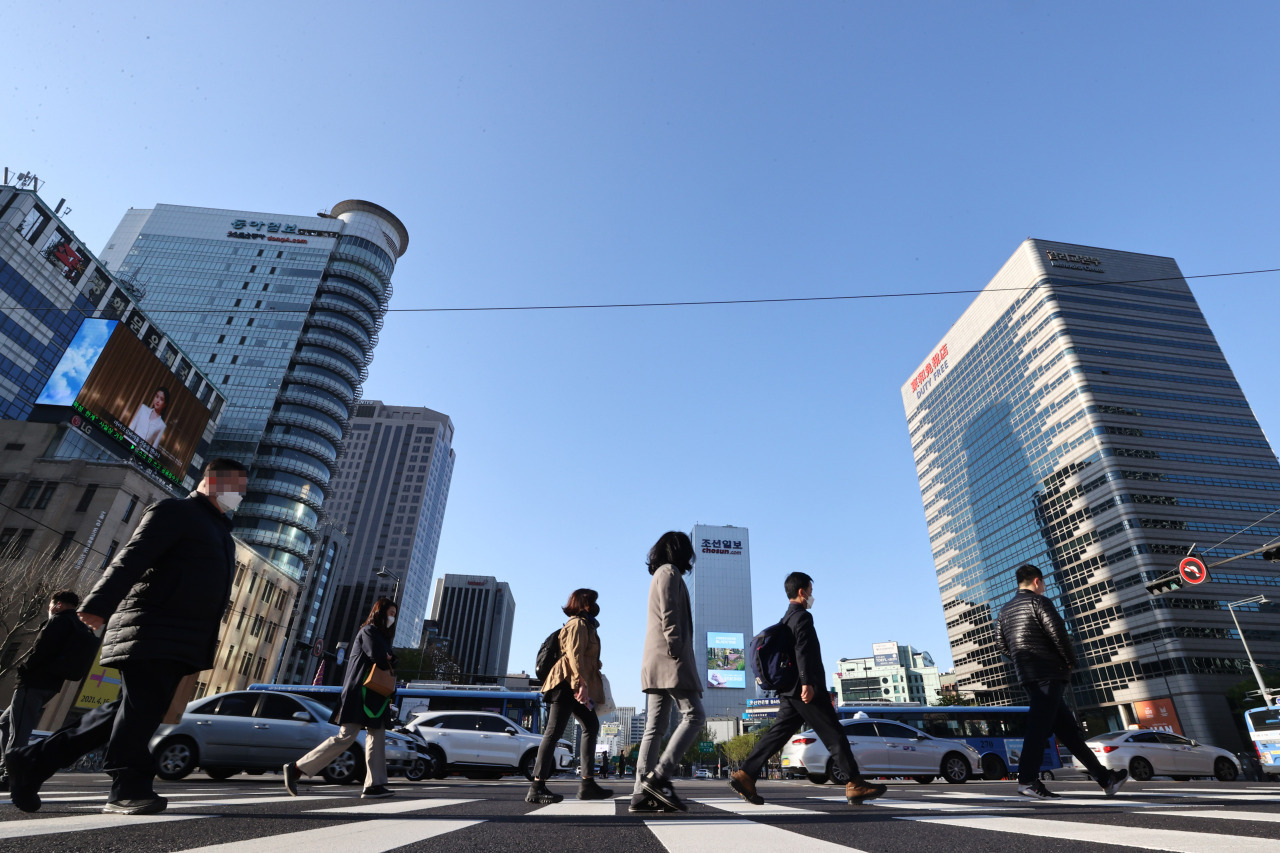 South Korea has placed an excessive tax burden on members of its top income bracket in recent years, a think tank said Sept. 8, suggesting this could cause an exodus of wealthy Koreans.

The income tax rate on annual earnings exceeding 1 billion won ($858,000) rose twice in the last five years to the current 45 percent, a report from the Korea Economic Research Institute showed. In 2017, the year President Moon Jae-in took office, the rate increased to 42 percent from 40 percent. It was then raised to 45 percent last year.

KERI expressed concerns that the current rate stands well above the Organization for Economic Cooperation and Development average of 35.9 percent for those in the top brackets of its member nations. The US currently applies a top-tier tax rate of 37 percent to individual taxpayers with income over $523,600.

It added that the effective tax rate -- the percentage of income that an individual or corporation pays in taxes -- for those who earned more than 500 million won annually as of 2019 was at least three times higher than that for people in other tax brackets.

Additionally, KERI noted, people who make more than 1 billion won per year pay 4.5 percent in local income taxes, 4.5 percent for the national pension plan, some 3.4 percent for national health insurance and 0.8 percent for employment insurance. This amounts to about 58 percent of their income.

The burden is only growing heavier, with national health care costs having risen 2 to 3 percent each year since 2018. Employment insurance rose 0.3 percent on-year in 2019.

“As seen in France’s abolishment of its wealth tax, such tax code revisions do more harm than good for the economy,” KERI researcher Lim Dong-won said in the report.

France’s wealth tax, introduced by left-wing President Francois Mitterrand in 1982, led to an exodus of some of the wealthiest in the country, resulting in losses not only from the wealth tax but also from other taxes such as the income tax and value-added tax. France’s wealth tax was abolished in 1986, but reinstated just two years later, only to be scrapped again in 2017 by current President Emmanuel Macron.

Korea’s tax policies have gained notoriety in recent years, with the heirs of the late Samsung Group Chairman Lee Kun-hee currently in the process of paying an inheritance tax bill of approximately 12 trillion won. In comparison, the bereaved family of former Apple CEO Steve Jobs paid the equivalent of 3.4 trillion won in inheritance taxes.

The current administration’s real estate measures, which focus on heavier taxes for owners of multiple properties as a way to increase supply in the market, have drawn the ire of the wealthy as well.

“The government must alleviate the tax burden on the highest income bracket by cutting down on unnecessary taxes and tax benefits,” Lim warned.