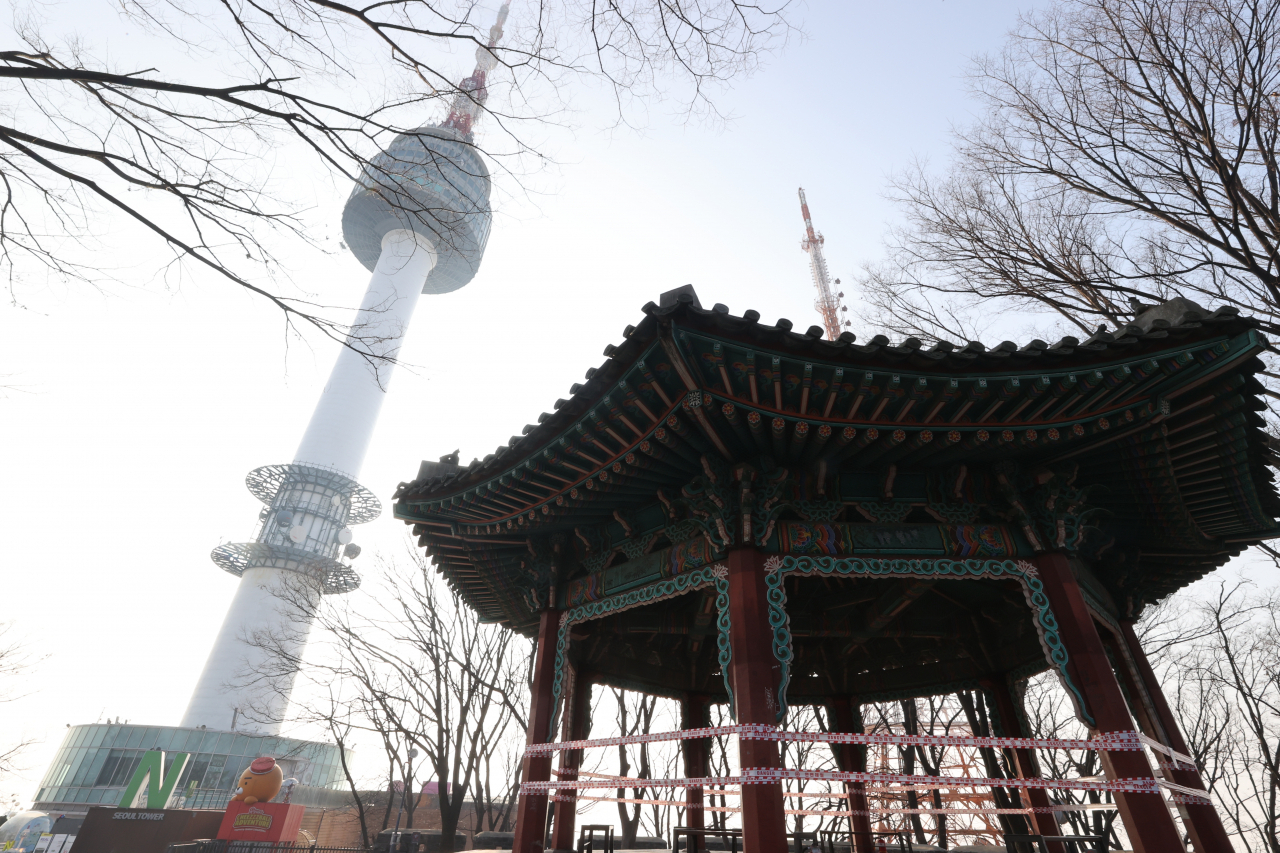 Namsan Seoul Tower and a traditional Korean pavilion in Seoul are seen in this photo taken in December 2020. (Yonhap)

The 22 hotel transactions that closed in Seoul last year amounted to 701.8 billion won ($624.8 million), down 53 percent from a year prior, according to data from real estate services firm GenstarMate.

All 22 deals targeted small hotels classified as two-star hotels or lower, and nearly half were in noncore districts, according to GenstarMate’s report.

The estimate also showed that nine of the 22 deals were carried out with the intention of converting the hotel properties to residential use. In one case, the new owner intended to demolish the hotel.

The supply of new hotel accommodations was also stalled. In Seoul last year, 1,693 rooms opened in nine hotels, down 33 percent from 2019. None of them were five-star hotels.

The impact of the pandemic is likely to persist through this year. GenstarMate said the combined value of all hotel transactions would probably approach 3 trillion won amid growing demand for Korean property investors to convert hotels to residential or commercial use, with luxury hotels being no exception.