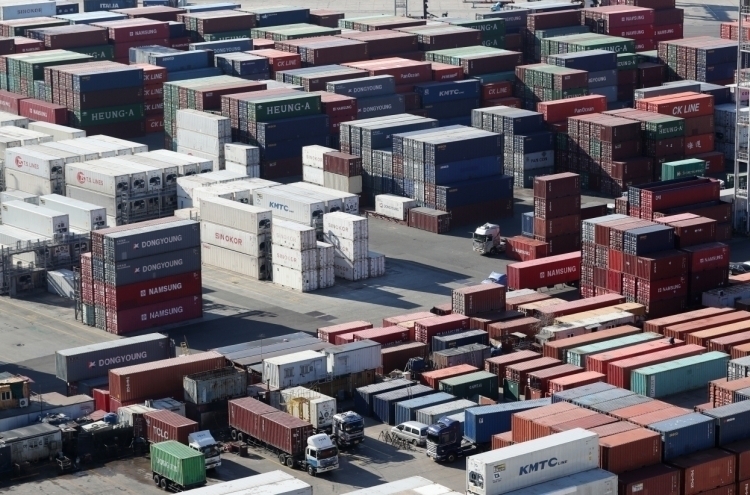 South Korea's exports are expected to rise 8.9 percent on-year in February to extend gains for a fourth month on robust shipments of chips and automobiles, a poll showed Wednesday.

The country's outbound shipments are expected to reach $44.5 billion this month, according to the poll by Yonhap Infomax, the financial news arm of Yonhap News Agency. The survey was conducted on six local brokerage houses.

Imports were estimated at $42.7 billion this month, resulting in a trade surplus of $8.1 billion.

By segment, shipments of chips, the mainstay export product, were expected to climb 27.5 percent on-year, leading the overall gains.

Exports of automobiles and mobile devices were also estimated to have jumped 45.9 percent and 33.6 percent, respectively.

The increase was in part limited due to fewer working days on account of the Lunar New Year's holiday, which ran from Feb. 11 to 13. The holiday fell in January last year.

Overseas sales of petrochemical goods were expected to lose 5.7 percent.

The Ministry of Trade, Industry and Energy will release its official monthly trade data Monday. (Yonhap)