In his early 30s, Kim Dong-joo felt no need to make more money a few years after selling his own social commerce startup to the nation’s top mobile messenger operator Kakao.

The 2011 sale carried out in exchange for a huge stock option turned him into a man of fortune when Kakao made a backdoor listing after merging with then Kosdaq-listed internet portal Daum Communications in 2014.

But something was missing, he said.

“I lost my motivation to work because my monthly salary was insignificant compared to the value of stocks I owned. So I ended up quitting my job, feeling uninspired,” the 37-year-old said as he sat down for an interview with The Korea Herald. 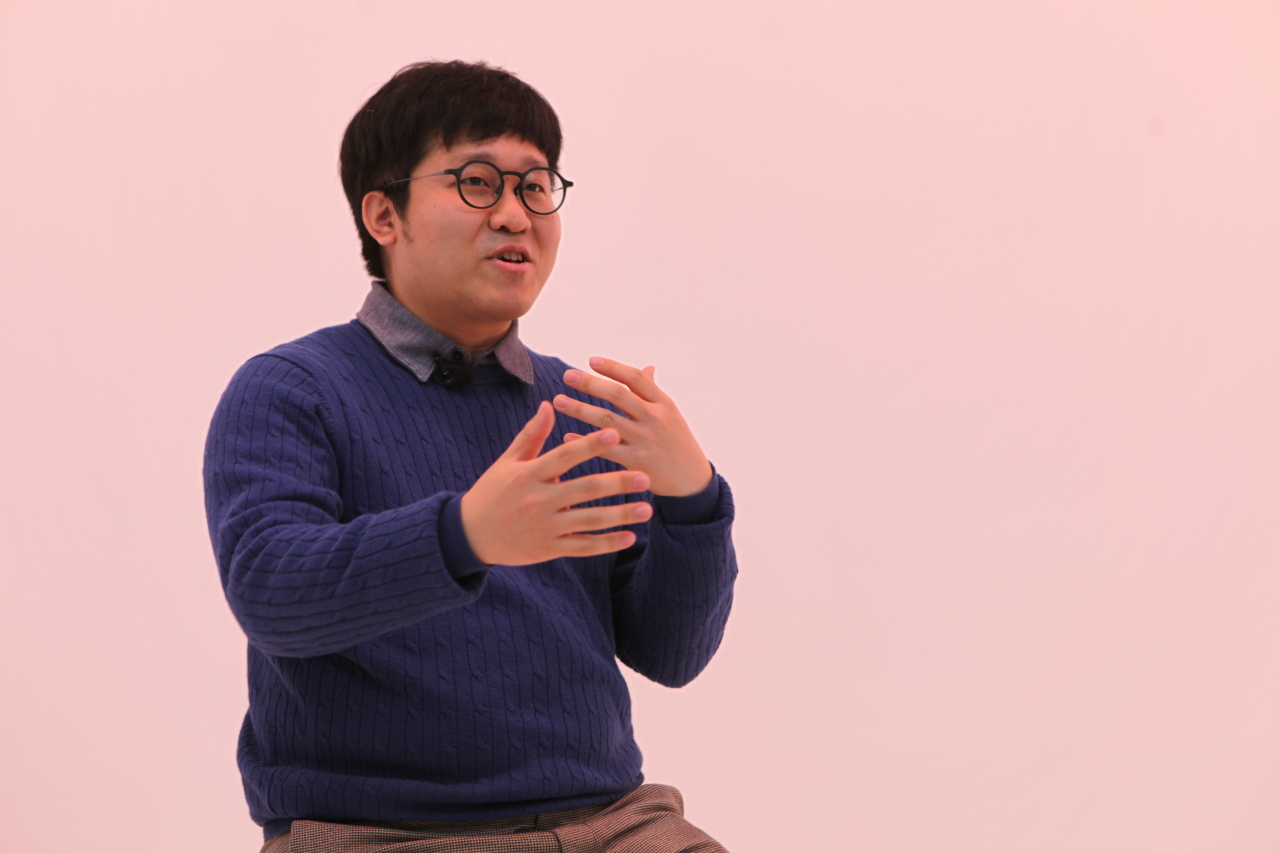 Kim Dong-joo talks during an interview with the Korea Herald at Herald Corp.’s studio in Seoul on Jan. 21. (Park Ga-young/The Korea Herald)

It was his bank accounts that encouraged the former engineer to start managing his own investments in 2018. The investments he made through wealth managers for the preceding two years turned out to have close to zero return, he said.

“I was disappointed at how they managed my money. So, I decided to start investing directly by myself and that made me study many prominent investors,” he said. “Then I wanted to share what I have learned with other individual investors seeking financial freedom like I did.”

That year, he started to reach out to those freedom-seekers through his blog and YouTube channel. Now better known as King Kim Dante -- his nickname in the cyberworld -- he has amassed more than 181,000 subscribers.

Individual share traders in South Korea have become a powerful market force since the market crash in March, and they are investing more than they did last year.

According to the Korea Exchange, individual investors net purchased Kospi-listed stocks worth 22.34 trillion won ($20 billion) and 3.51 trillion won in shares from the secondary Kosdaq bourse in January alone. Other experts suggest that they probably are ready to invest more, considering record-high deposits for stock investing.

Retail investors’ deposits for stock investments reached a record 72.3 trillion won as of Jan. 11, the first time it crossed the 70 trillion-won mark since related data started to be compiled in 1998.

But stock investing should be considered a lifelong game, Kim said. Not only because it has become an essential practice in the capital market where labor income no longer guarantees the quality of life, but also because it is not an easy job, he added.

And retail investors should be patient with and be sure about what they have invested in.

“I never look at my accounts during trading hours. That is the worst possible way to spend time as an investor,” said Kim. “The reason you do that is because you are not sure about the stock prices and want to see how other investors are doing.”

Kim is not only a YouTuber giving lectures online, but also the founder of IRUDA Discretionary Investment, operating 42 billion won for 8,000 customers.

His company deploys an “all-weather” portfolio used by US hedge fund billionaire Ray Dalio. The portfolio is designed to survive different kinds of economic situations and allocate funds in different types of assets so that they can mitigate the impact of unpredictable economic conditions, he said. It aims to significantly lower commission rates.

Looking back, Kim said he had faced criticism that selling his Kakao shares was a mistake, as the value of Kakao tripled just last year.

However he believes it was the best choice he ever made.

“People tell me selling Kakao (shares) was a mistake. That may be true only from the current point of view because the stock (price) is double or triple from my selling price,” he said.

“But, building my own portfolio and beginning my own investment was the best decision I’ve ever made. ... I hope to describe myself as a successful investor, but it may take 10 or 15 more years. Investing is that difficult.”