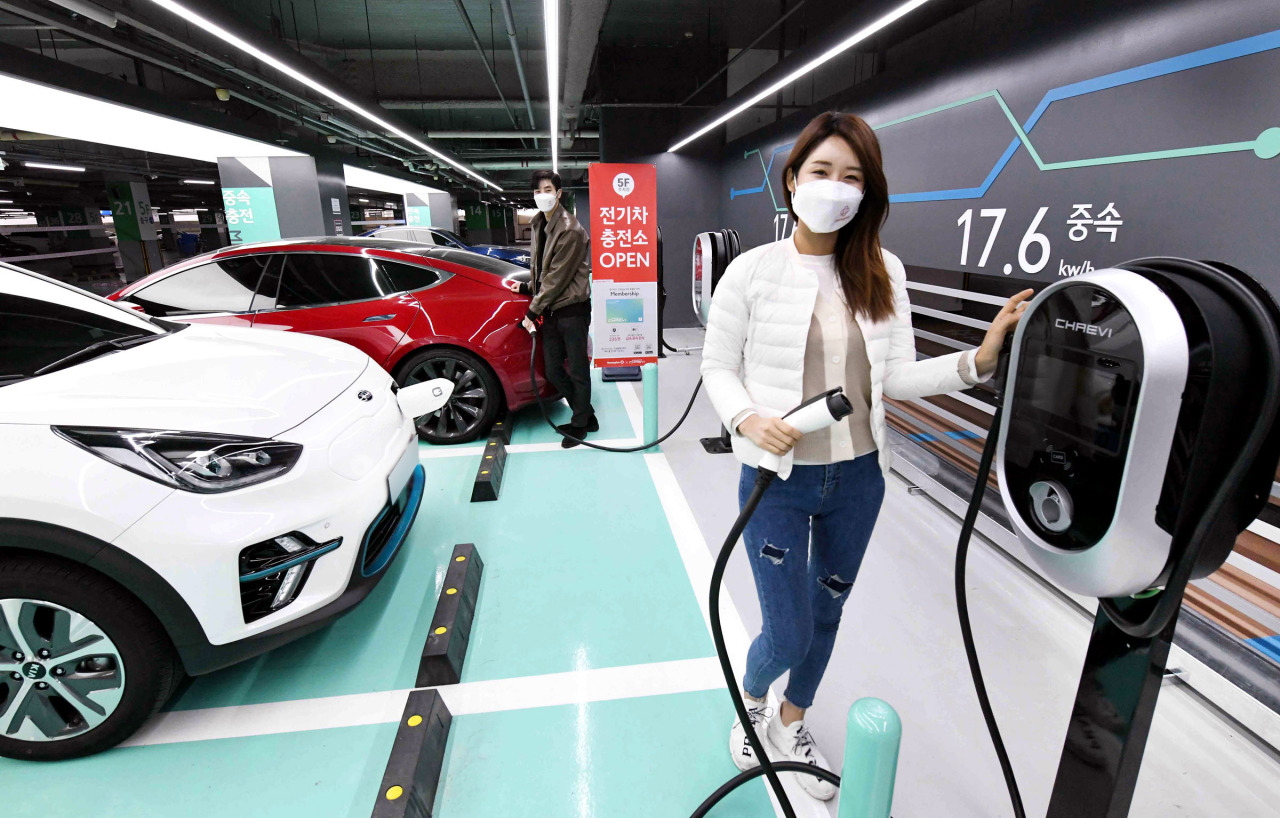 A model poses at an electric vehicle charging station installed by hypermarket chain Homeplus at its branch in Gangseo-gu, Seoul. (Yonhap)

South Korea plans to set up 3,000 rapid charging stations for electric vehicles by the end of this year to expand the use of eco-friendly cars, the Finance Ministry said Monday.

The government will directly deploy 2,280 charging stations at locations such as express service facilities where private entities, citing high costs, have been reluctant to install charging stations.

The state will also support private operators to install 289 units at locations that are more accessible and profitable. Some 300 units will be installed at gas stations with government subsidies.

The number of electric vehicles and rapid charging stations stood at 137,636 and 9,805 respectively, in 2020, according to the ministry.

As part of its ongoing efforts to achieve carbon neutrality by 2050, the country is banking on the development of eco-friendly cars powered by electricity and hydrogen.

Under the ministry’s plan, ultra-fast charging stations, which shorten the amount of time required to charge a vehicle to 20 minutes from over an hour, will become available here this year for the first time.

The government will install 43 ultra-fast charging stations and subsidize automakers to secure sites for at least another 80 units.

Meanwhile, the Ministry of Environment said Monday it plans to have the number of locally manufactured green cars reach over 300,000 units by the end of this year.