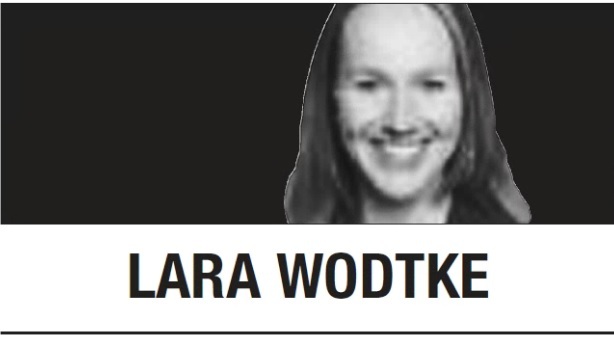 When COVID-19 emerged exactly one year ago, liberal democracy was in crisis. For the first time since 2001, there were more autocracies than democracies in the world. Right-wing populists were gaining traction.

Moreover, the norm of universal and inalienable human rights was under pressure from the governments of China, Russia, and even the United States under President Donald Trump. The repression of civil society and threats to the rule of law, the free press, and human rights continued unabated in many countries. And some democratically elected leaders (such as Hungarian Prime Minister Viktor Orban or Turkish President Recep Tayyip Erdogan) had set out to dismantle liberal democracy from within, a trend some have called the third wave of autocratization.

But the anti-democratic wave faced a counter-trend. In 2019, more people in more countries than ever expressed their dissent by protesting. Governments in Algeria, Bolivia, Iraq, Lebanon, and Sudan were forced to step down. In Chile and France, governments were pressured into reversing controversial legislation.

Then the pandemic erupted, engulfing the world in a public health crisis and unprecedented economic contraction. For a brief period, the protest movements that marked 2019 came to a halt.

But as historic and unique as its impact on the world has been, for many people, the pandemic is just one more crisis among many; with grievances unaddressed, dissent soon resumed. Initially, there was a surge in creative ways of protesting without having to gather in person. From online hashtag-activism to placing shoes in public places to represent the homebound masses, people found ways to express dissent without risking the spread of the virus.

And then old and new protest movements began to take to the streets again. The killing of George Floyd in Minneapolis in May triggered weeks of massive demonstrations against police violence and systemic racism not only throughout the US, but also in more than 60 countries worldwide. In Hong Kong, people continue to fight for democracy. Chile held a referendum to adopt a new constitution after months of public protest. Around the world, from Belarus to Thailand to India, peaceful protests continued to erupt in 2020.

With equal resolve, governments in many places have sought to crack down on dissent, using the pandemic as a pretext to roll back democratic achievements, crack down on critics and opponents, erode human rights norms, and suppress civil society. The International Foundation for Electoral Systems has counted postponed elections in 69 countries, and the COVID-19 Civic Freedom Tracker records 130 countries with restrictions on the right to assembly, while 50 countries have measures affecting freedom of expression.

Of course, human rights organizations and official bodies recognize that some restrictions on rights and freedoms can be a legitimate government response to a public health crisis. But contact tracing technology or emergency power legislation should have sunset clauses, automatically limiting the time and scope of their validity. And social distancing measures that limit the right to assembly, whether to protest or to worship, must be necessary, temporary, and proportional, as well as non-discriminatory. Governments must acknowledge the intersection of these rights, and make a transparent, good-faith effort to strike a well-reasoned balance between them.

In many instances, however, efforts to stop the spread of disinformation -- Hungary is a primary example -- have also stopped people’s ability to voice legitimate criticism of government responses to the health crisis (because they are jailed on the basis of pandemic-related emergency legislation). In 28 countries, websites were blocked or users and platforms forced to delete content deemed critical or unfavorable. In at least 13 countries, the Internet and/or phone services have been shut down since January 2020, leaving people largely unable to access potentially life-saving services and information during the pandemic.

Where governments seek to use social distancing laws, curfews, and track-and-trace technology to harass, detain, or sanction activists and critics, we need peaceful protest more than ever. That is why the wave of global protest movements is continuing to rise, and why these movements -- which skew young, female, and intersectional -- are learning from, encouraging, and mobilizing in solidarity with one another.

Democracy is more than elections and institutions. It is a continuous process of renegotiating power and its distribution. It also happens to be the best possible way to achieve a post-pandemic world that is more equitable for all. Today, it is under severe pressure, in part because, for many people, actually existing liberal democracies have not delivered on the promise to guarantee the rights to which we all are entitled. But the global protests attest to a fundamental understanding that participants share: The best response to democracy’s shortcomings is to “do” more democracy.