Currently, seven delivery apps including Baedal Minjok, Yogiyo, Payco and Coupang Eats are participating, and four more apps are expected to join as soon as they complete system maintenance. 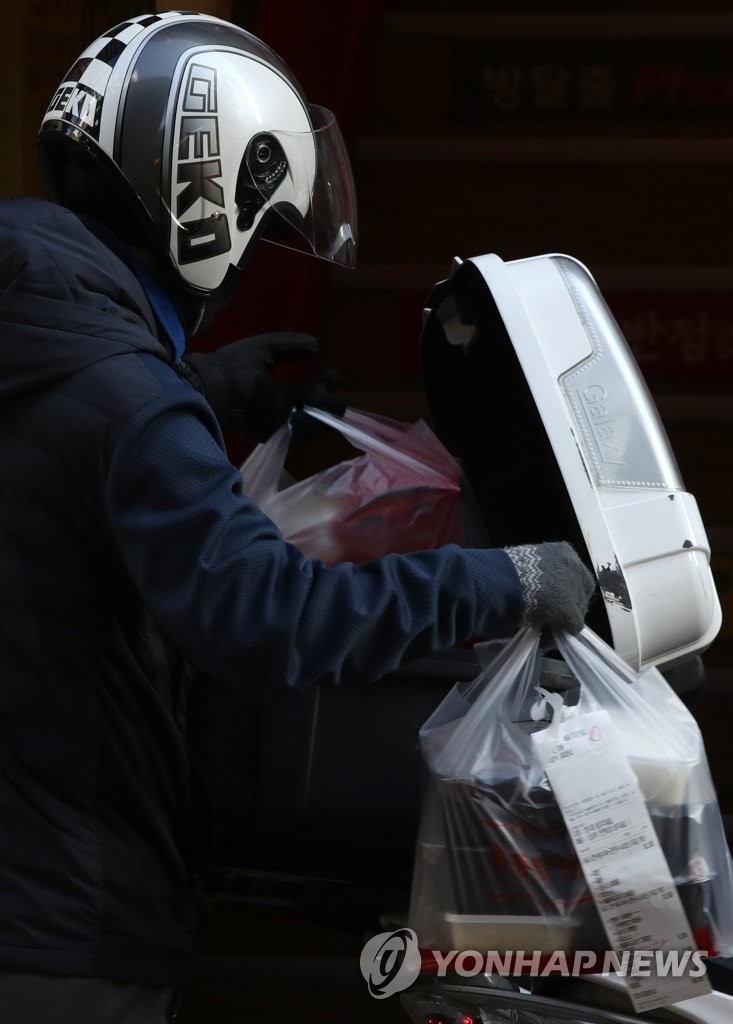 A delivery service worker carries packaged meals in Myeong-dong, one of the busiest shopping districts in Seoul, on Thursday, amid a surge in coronavirus cases. South Korea has imposed a nationwide ban on gatherings of five or more people as part of efforts to stem the spread of the coronavirus. (Yonhap)

Payments have to be made on the delivery apps with credit cards issued by nine card companies -- KB Kookmin, NH Nonghyup, Lotte, BC, Samsung, Shinhan, Woori, KEB Hana and Hyundai. Customers will have to subscribe for the cash back program with the credit card company before ordering. The rebate can be applied for up to two orders in a day, and four overall.

The government said it was necessary to support the restaurant industry as sales in the sector have fallen sharply each week since the second week of November, declining by as much as 42.7 percent on-year in the third week of December.

“To encourage those who comply with social distancing rules, we will resume the campaign only for non-face-to-face dining services this time, but we will also quickly bring back discount support for eating out when conditions improve for COVID-19,” said an official at the Food Ministry.

The government first launched an eating-out promotion in August by providing restaurant coupons, but stopped two days later due to a rapid increase in COVID-19 cases. The campaign restarted in October, but was suspended last month as the situation in the Seoul metropolitan area deteriorated significantly.