The weakening US dollar against South Korean won has invited the highest amount of foreign investment in Korean stocks in 15 months, data showed on Nov. 9.

Foreign investors net bought Korean listed stocks worth 1.36 trillion won ($1.22 billion) in October, the highest monthly figure since August 2019, according to data by the Financial Supervisory Service. As a result, foreigners owned some 30 percent of listed shares in Korea, valued at a combined 584.8 trillion won as of end-October. Beforehand, foreign investors have net sold Korean listed stocks for two consecutive months until September.

By countries of origin, investors hailing from the United Kingdom, the Cayman Islands, Hong Kong and Luxembourg were the biggest net buyers of Korean stocks in October. US investors were biggest net sellers, followed by Singaporeans.

The weaker US dollar against the local currency, macroeconomic growth and improved corporate performance here were driver of the foreign capital influx, FSS said in a statement. Earlier in October, the Bank of Korea announced that the nation’s gross domestic product grew 1.9 percent on-quarter in the third quarter. 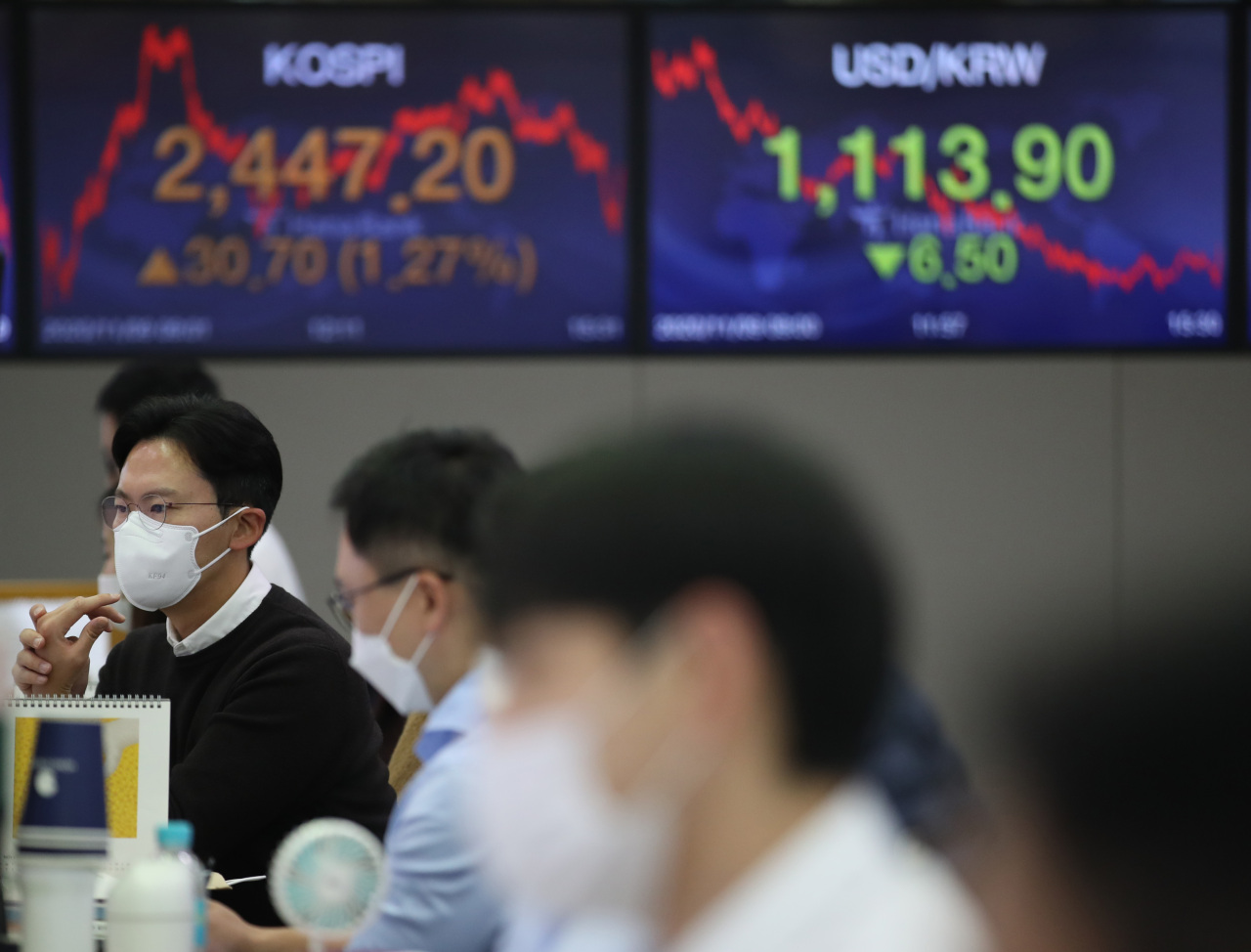 In particular, the Korean won rose sharply against the greenback in October. According to Seoul Money Brokerage, the dollar-to-won foreign currency exchange rate fell 2.9 percent, meaning the local currency strengthened by the corresponding value.

With the recent announcement that Democrat Joe Biden won the presidential election Saturday, market analysts have said that Biden’s expansionary fiscal policy is expected to lead to monetary easing and further weaken US dollar. The Biden victory is said to imply that more US fiscal spending will be needed to curb the national spread of the coronavirus, support manufacturing sectors and achieve clean energy plan.

This leads to analyst projections that the downside pressure on dollar-to-won forex rate still persists, invoking questions as to how the weaker dollar would affect foreign investors’ decisions.

“US dollar will continue to be weak on persisting downward pressure (against the Korean won), but the pace of weakening may become more moderate,” Jeon Seung-ji, a currency analyst at Samsung Futures, wrote in a note. “What comes to attention is what actions the Chinese and Korean authorities will take (to stabilize the local currency) and how foreign capital net inflow to Korean stocks will be affected.”