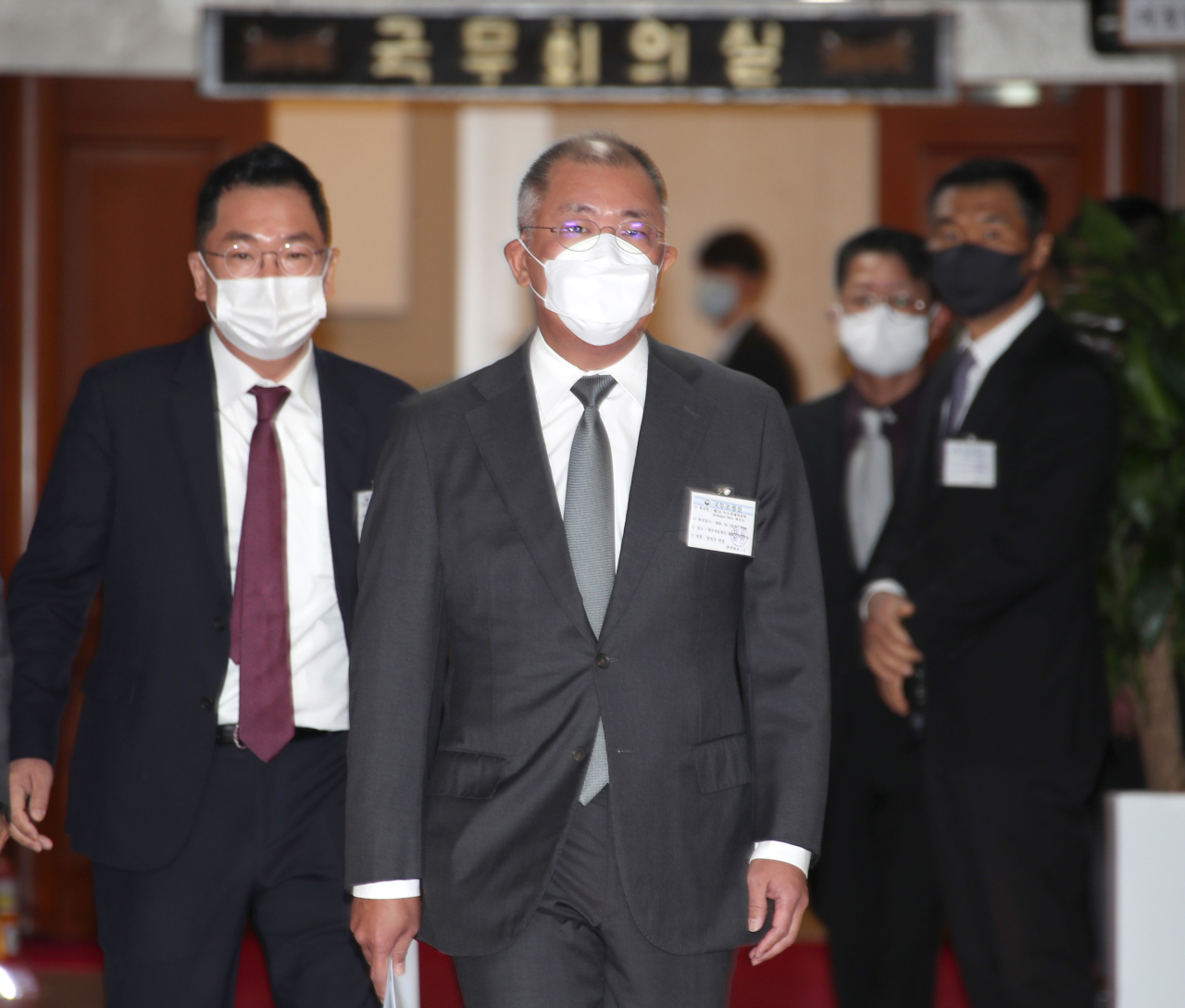 “There are still many problems that need to be addressed, but I positively view that South Korea will be competitive and move faster than others (in the field of hydrogen fuel cells),” Chung told reporters after the meeting.