Shinhan Financial Group said Oct. 12 that minority shareholder BNP Paribas has bought a stake worth an undisclosed amount in the South Korean banking group by securing the minimum threshold to keep the strategic partnership intact after a scheduled equity increase.

According to Shinhan, BNP Paribas is set to defend the partnership even after the 1.2 trillion won ($1 billion) equity increase by inviting new shareholders -- Affinity Equity Partners and Baring Private Equity Asia -- on Oct. 20.

“BNP Paribas notified Shinhan that it had completed the stake acquisition to make up for the anticipated stock dilution,” a Shinhan spokesperson said. 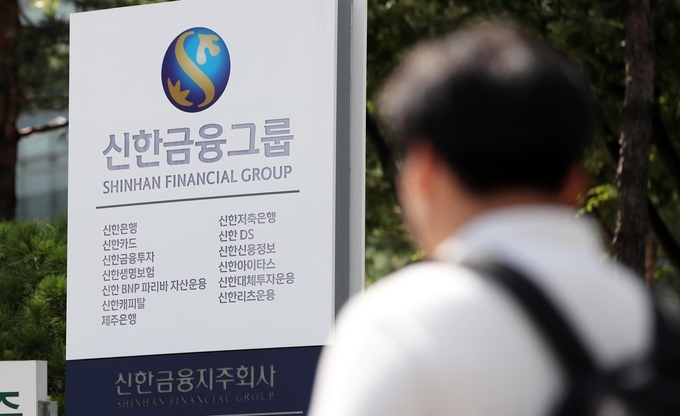 BNP Paribas is mandated to own at least 3.5 percent of Shinhan voting rights to maintain the bilateral partnership, which encompasses the French firm’s right to invite a director to the Korean banking group’s boardroom.

Shinhan’s latest announcement had been expected to dilute BNP Paribas’ ownership at the cost of the partnership once the planned equity increase went ahead -- but this is no longer the case since the stock purchase.

The comment came amid rumors and reports circulating over the future relationship between two. Over the course of the decadeslong partnership, there were signs that the partnership had dimmed.

Once recognized as the second-largest shareholder of Shinhan, holding a stake as large as 9.38 percent in 2006, BNP Paribas had cut its Shinhan stake to 3.55 percent as of January 2017 after a series of divestments.

Meanwhile, Shinhan’s stake in its joint venture with Cardif has been reduced to 15 percent. Also, Celetem’s Korean unit, dedicated to consumer finance, left Korea in 2004.

The role of the Shinhan board member representing BNP Paribas is also losing glitter. The incumbent Avril, serving since 2015, had been reduced to an unregistered executive of the Korean group since March, after another one of Shinhan’s major shareholders, the National Pension Service, voted against Avril in the 2018 and 2019 shareholder meetings due to “concerns about (his) lack of independence” from Shinhan’s leadership largely influenced by Korean Japanese shareholders. This comes in contrast with the board member supported by BNP Paribas, who has played the role of floating voter since a leadership duel began in 2001.

Amid such signs, rumors ensued. BNP Paribas was rumored to have considered selling off its entire stake in Shinhan -- a token of the partnership. A Shinhan spokesperson said that rumor was “not true.”

The news comes a week after as Shinhan was considering exercising full control of Shinhan BNP Paribas Asset Management, by buying the 35 percent stake from the French counterpart. There is speculation that Shinhan might choose to do so to expand its nonbanking businesses including asset management. Shinhan denied the rumor, but added it was “mulling various options to enhance nonbanking business and undergo a portfolio restructuring under the group’s umbrella.”

The end of partnerships is not new to foreign investors among Korean banking groups. In 2013, ING sold off its entire 5.02 percent stake in KB Financial Group, a rival to Shinhan, grinding a 14-year partnership to a halt with the Korean entity amid the restructuring of its Asian business operations.