Amid fierce backlash from retail investors on the Korean government’s major shareholder standards, the Finance Ministry is currently mulling to alter its plan to define retail investors with shares worth 300 million won ($260,000) as large shareholders.

“The financial authority is considering to charge stock transfer taxes based on the value of stocks held by each individual, not by the aggregated holdings of households,” said Deputy Prime Minister and Finance Minister Hong Nam-ki during a parliamentary audit of the Ministry of Economy and Finance on Oct. 7. 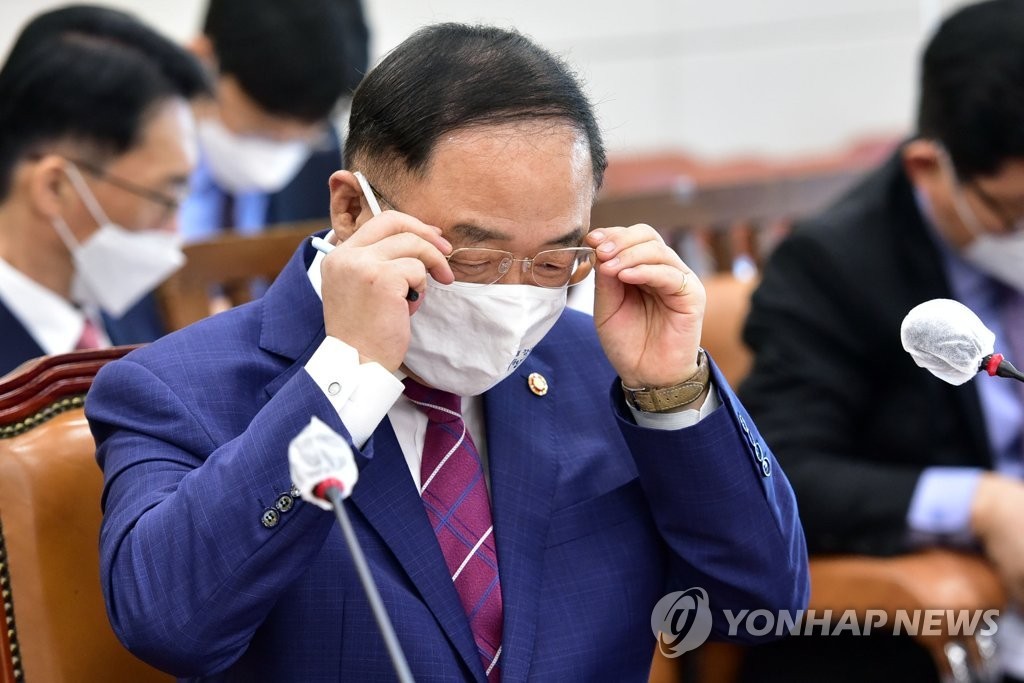 Under the current financial law, those who own shares worth more than 1 billion won are considered major shareholders and subject to a transfer tax rate of 22 percent to 33 percent.

The new rule, however, levies the heavy transfer tax on retail investors that possess stocks worth 300 million won or more. Since the 300 million-won threshold is based on the aggregated holdings of all lineal family members -- spouses, parents, grandparents, children and grandchildren -- many retail traders have been arguing the new rule is too strict.

More than 216,000 people flocked to Cheong Wa Dae‘s online petition site, protesting that the major shareholders’ taxes should be abolished.

Despite Hong alluding to the consideration, market experts forecast that the Finance Ministry will only accept part of retail investors’ requests. They further think that the upcoming decision is less likely to quell retail investors’ anger.

“What made retail investors angry the most is lowering the major shareholder standards to 300 million won. On top of that, the authority also thought to include other affiliated family members’ stock assets to the standard,”said Hwang Sei-woon, a research fellow at the Korea Capital Market Institute. “The government needs to consider it more actively.”

Lee Kyung-soo, an analyst at Hana Financial Investment, also said that the finance minister’s comment from a day earlier had made the situation worse, as he reaffirmed earlier that the government would reinforce the taxation.