South Korea’s antitrust watchdog said Monday that it has drafted a bill to regulate dominant online platform operators as unfair trade has become a reality in the sector amid the surge in digital transactions caused by the pandemic.

The proposed Act on the Fairness of Online Platform Transactions will be announced for 40 days starting Sept. 28.

“As the platforms’ influence and position are strengthened in the digital economy, there are also various threats that hinder the sustainable development of the industrial ecosystem,” FTC Chairperson Joh Sung-wook said during a press briefing on Sept. 28. 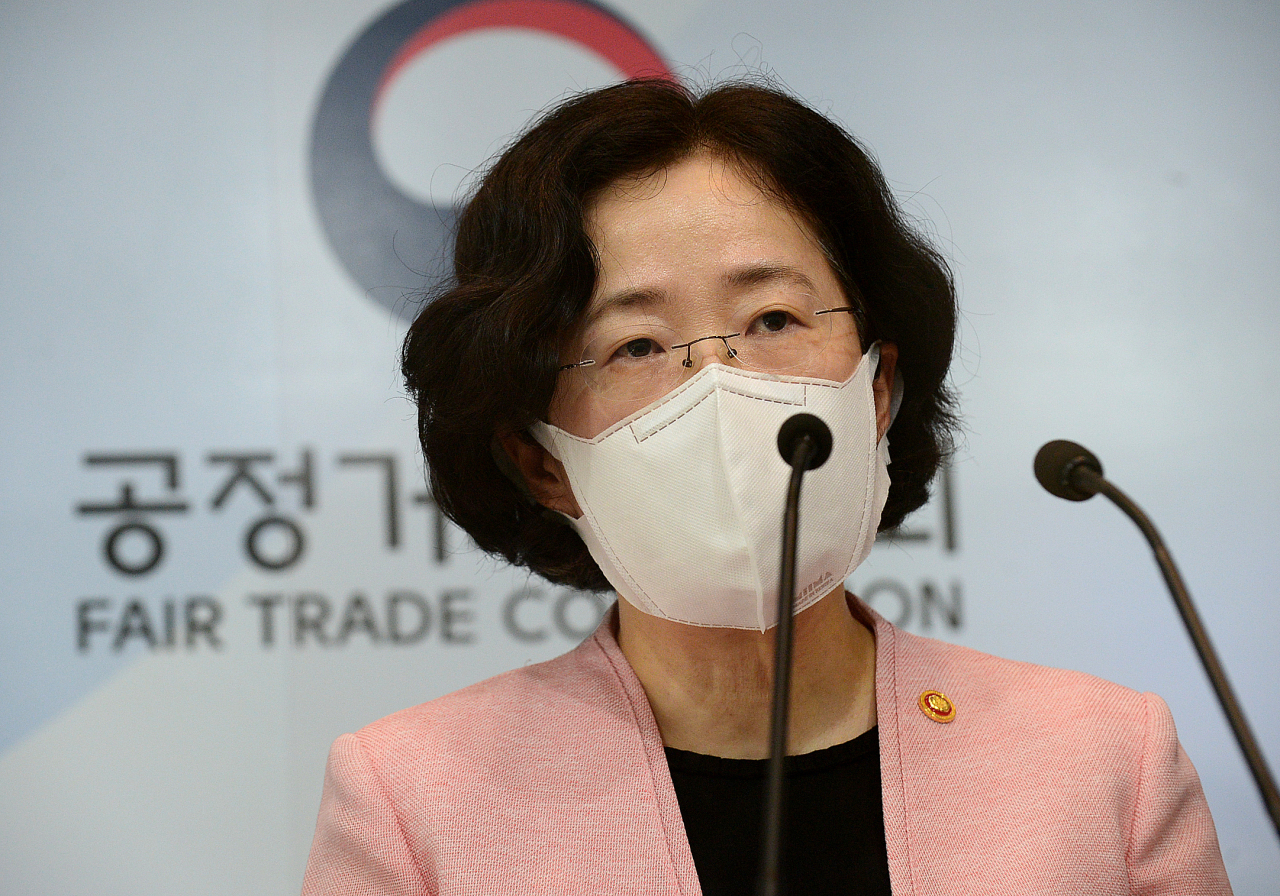 “The legislative proposals are the result of concerns to effectively improve unfair trade practices in the platform sector while preventing the industry from interfering with innovation.”

The combined value of all online shopping transactions in the nation surged from 25.2 trillion won ($21.4 billion) in 2010 to 135.3 trillion won in 2019. As companies rely increasingly on such transactions, the superior status of online platforms grows stronger and concerns over unfair practices are becoming a reality, but there is a limit to effective countermeasures with existing policy measures, the government said.

The legislation would also require platform operators to conclude contracts with vendors on key matters to prevent disputes in advance.

A platform operator that wanted to change a contract or restrict, suspend or terminate its services would be required to give notice at least 15 days in advance. Without the required notice, any modifications to the terms of a contract would be void.

The act also seeks to limit abuses of market power in the platform industry.

The FTC said the penalties would be strong, but not strong enough to hinder innovation in the platform industry.

The upper limit on penalties is 1 billion won, and penalties could not exceed twice the amount that the violation cost the victim. Also, penalties would be imposed only for acts of retaliation and failure to comply with corrective orders.

The authorities plan to submit the bill to the National Assembly after fully considering the opinions of related ministries and stakeholders during the announcement period from Sept. 28 to Nov. 9.