The total value of orders placed on food delivery apps in South Korea reached 1.2 trillion won (US$1.01 billion) in August, up 28 percent from July and setting a new monthly record, as the government introduced stricter social distancing regulations after COVID-19 cases rose again, according to data released by WiseApp Tuesday. 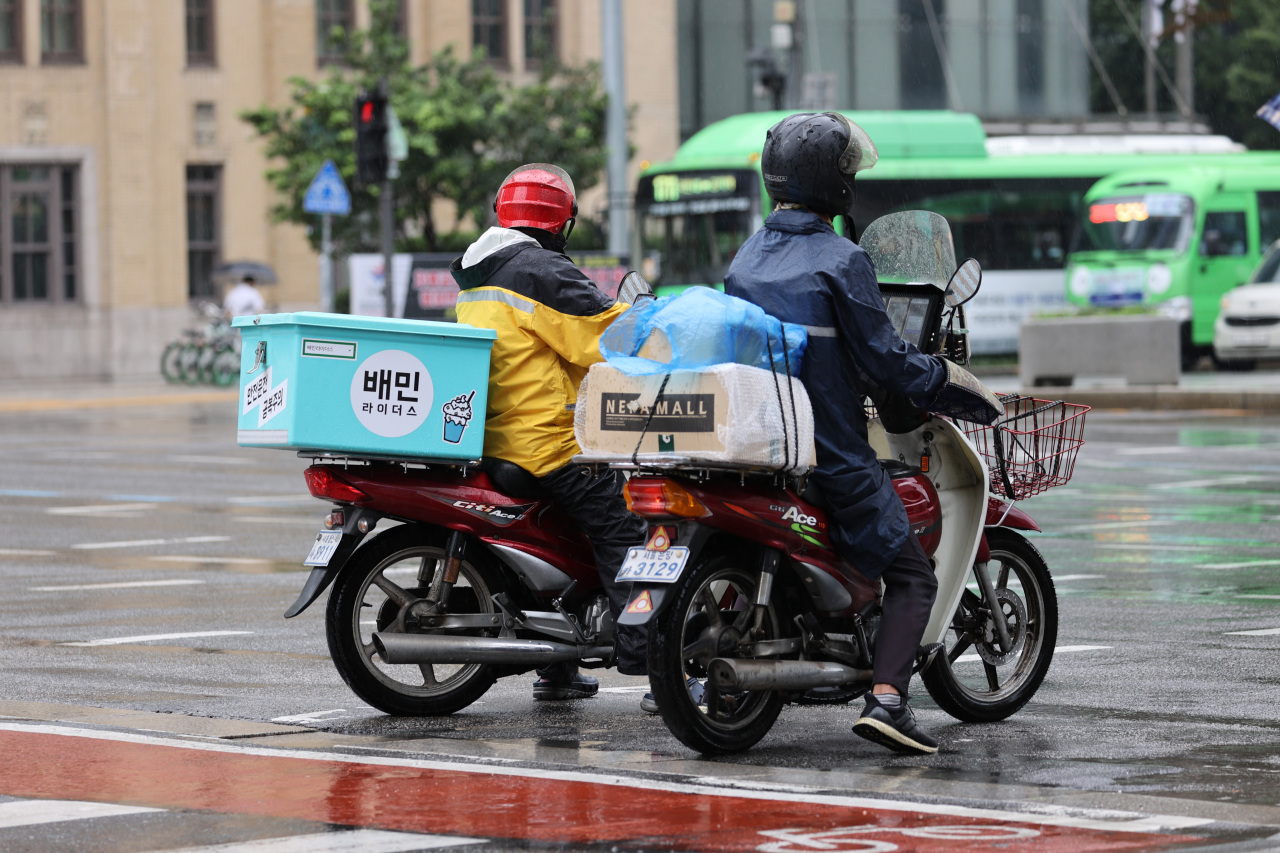 Users of Baedal Minjok and Yogiyo reached 10.66 million and 5.31 million respectively, commanding 97.4 percent of the total number of delivery app users. Yogiyo, Baedaltong and Foodfly are operated by Germany-based Delivery Hero while Woowa Brothers Corp. operates Baemin. Last year, Delivery Hero made a deal to acquire an 87 percent stake in Woowa Brothers and the planned acquisition is currently under review by authorities.

Wiseapp’s data also showed that the increased transactions on food delivery apps coincided with the changes in the number of COVID-19 infections. In March and April, after a spike in COVID-19 cases, sales reached 1.082 trillion won and 983 billion won, respectively. In July, the figure was 944 billion won.

The findings are based on a sample study of transactions made by South Korean consumers over the age of 20 via credit card, check card, bank transfers and mobile micropayment between last August and this August.

On average, a food delivery app user made 3.3 orders, spending 22,780 won per transaction in a month, amounting to a monthly average spending of 75,151 won, the highest since records began last August at WiseApp.

“The data does not include payments made by teen users, or through simple payment service or in-person payment, as well as those made via KakaoTalk and Coupang Eats. The size of the actual food delivery app market is thought to be bigger,” WiseApp said.

In another report by industry tracker IGAWorks, it said, “As the ‘untact’ age has arrived, food delivery apps are more successful than ever.”

It also said that Coupang Eats and WeMakePrice O, food deliver apps operated by e-commerce platforms Coupang and WeMakePrice, have seen their user base grow, adding more competition to the market. Untact is a term used in Korea to refer to a contact-free society.

In recent weeks, South Korea saw COVID-19 cases rise again from multiple clusters following a political protest in central Seoul attended by members of a church that had seen an outbreak, forcing the government to toughen social distancing measures.

In Seoul and surrounding areas where Level 2.5 social distancing rules are in place until Sunday, restaurants can no longer serve customers after 9 p.m. though delivery and takeaway are allowed.