Game sector benefits most from launch of K-New Deal indexes

The Korea Exchange announced the five indexes that include secondary battery, bio, internet, game stocks, as well as a comprehensive index encompassing the four sectors under the KRX BBIG K-New Deal Index, composed of the four sectors with 3 stock items each. 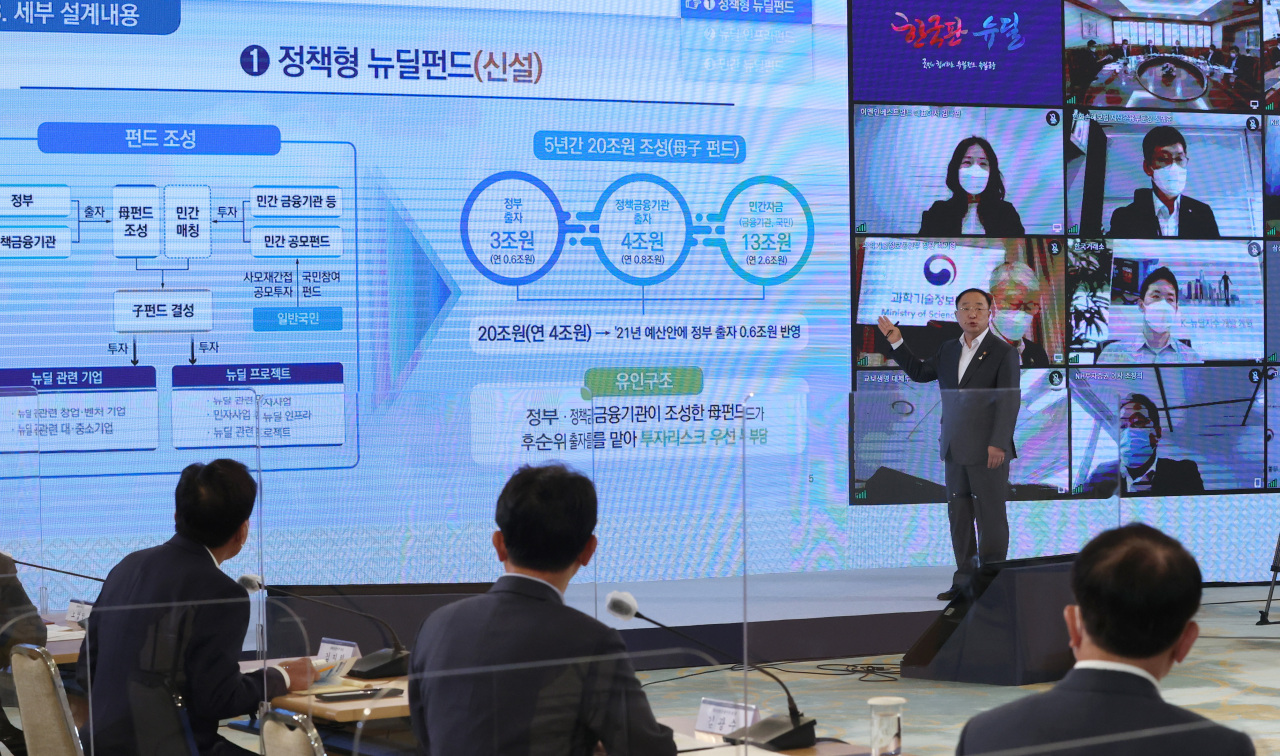 Among the four sectoral indexes, the KRX Game K-New Deal Index showed the strongest performance. By starting at 1,387.28, rising 42.56 points, or 3.16 percent from the previous session, the index was trading at 1,353.83 in early afternoon.

Market watchers say that game sector has benefited the most since its market capitalization and trading volume are the smallest among the sectoral indexes.

As of Friday, the market value of 10 game stocks composed in KRX Game K-New Deal Index came to some 45.17 trillion won, about 2.32 percent of the totaled local stock market cap. The trading value also marked the smallest at 934.7 billion won.

While the KRX earlier said that it aims to launch the KRX BBIG exchange-traded fund next month, another market expert painted a rosy outlook for the game sector, as it is expected to further boost the related stocks.

Lee Eun-taek, an analyst at KB Securities said that with the launch of the ETF, passive funds may flow to the indexes-driven stocks, especially to the industry with the smallest market cap, the game sector.