Ssangyong Cement on Tuesday proposed to reduce equity capital to one-tenth to 50.4 billion won ($42.4 million) by November. As a result, the remainder, 455 billion won, will turn into the firm‘s capital surplus that could be used for more dividend payout. In the meantime, no common share will be retired.

Ssangyong Cement said the move is meant to pursue efficiency in capital structure and generate shareholder value in a filing.

The plan will be confirmed in an extraordinary shareholder meeting in October. Seoul-based Hahn & Co. controls 77.68 percent of Ssangyong Cement voting rights. 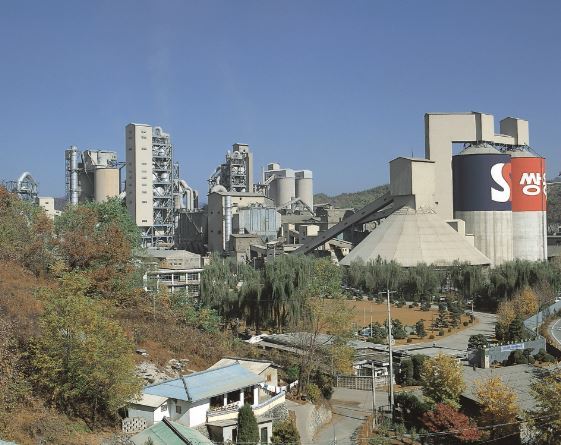 Since the announcement Tuesday morning, the price of Ssangyong Cement preferred shares jumped 332.3 percent in the past four days, to 33.800 won each. Trading on the top bourse Kospi, the shares hit the price ceiling for the two consecutive day.

The trading price is significantly higher than Ssangyong Cement’s proposed price to retire the whole 1.5 million preferred shares, at 9,297 won each.

The PE firm in July bought over 80 percent of outstanding preferred shares for 15,500 won each, after a tender offer was announced in May to delist the shares. It stopped short of delisting in July, as the Korean market rule allows a shareholder with at least 95 percent ownership to apply for delisting.

Analysts say the move will increase the dividend payout of Ssangyong Cement.

Such dividend in the long run will make it easier for Hahn & Co. to find a new buyer of Ssangyong Cement, Kim Seung-jun, an analyst at Heungkuk Securities wrote in a note.

“Buyers will be hard to find given Ssangyong Cement‘s market cap, so reducing the equity capital can facilitate the selloff process for the shareholder,” Kim said. “The higher dividend will help Hahn & Co. recoup its investment, while the stake selloff will allow it to take the returns on investment.”

Hahn & Co. began to take control of Ssangyong Cement in 2016, as it bought the cement maker‘s shares from Japanese firm Taiheiyo Cement and newly-issued shares. Hahn & Co. is estimated to have paid a combined 1.3 trillion won to buy its controlling shares.