Some market analysts also painted a rosy picture of the scheduled IPO, forecasting that Big Hit will continue the momentum created in the market thanks to offerings of pharmaceutical firm SK Biopharmaceuticals and game publisher Kakao Games.

The news of Big Hit filing an application for its market debut, came a day after BTS topped Billboard‘s main singles chart on Sept.2, Seoul time.

Stocks related to the K-pop darling have been also soaring on the expectations of the entertainment agency’s planned IPO. 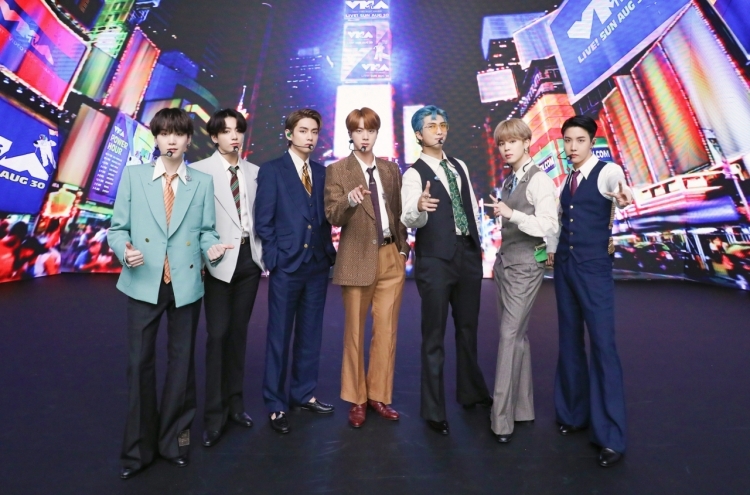 The stock of production studio Chorokbaem Media, which is expected to make a TV show featuring BTS members, has also risen rapidly in recent months. Its stock price, which has been on an upward trend since mid-August, rose 15.12 percent Thursday morning to reach 1,865 won. DPC, whose subsidiary STIC Investment holds 12 percent stake in Big Hit, and entertainment agency Keyeast have also gained some limelight. Keyeast’s Japanese subsidiary SMC has been working for BTS as the boy band’s agency in Japan since 2017.

The members of the septet are also expected to become large stakeholders as they have received 478,685 shares in total -- 68,385 shares to each of the seven members.

“The company decided to give common shares to the artists in a bid to strengthen a long-term partnership and boost their morale,” Big Hit said.