Both HDC Hyundai Development Company and Kumho Industrial said on Tuesday that arrangements for face-to-face negotiations over the acquisition of Asiana Airlines are ongoing, which may effectively go on after the Wednesday’s deadline.

One official at Kumho confirmed that the deadline no longer holds as the future of the deal depends on the planned talks between working-level staff at both companies.

Another official at HDC said that “details have yet to be decided” and plans for the face-to-face talks are being discussed. 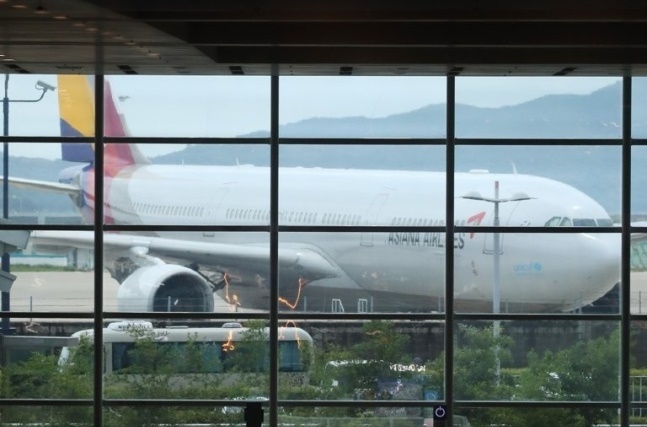 Earlier this month, Vice President Choi Dae-hyun of Korea Development Bank, one of the creditors behind the troubled airline, said during a teleconference that the deal is left open to termination from Wednesday onwards, though whether to go forward depends on HDC’s final decision.

The remarks had stoked concerns that the deadlocked deal could soon follow the fate of the Jeju Air and Eastar Jet acquisition talks which ended in tatters in late July.

As it stands, the acquisition process between the building company and South Korea’s second largest airline is likely to continue following a tense turn of events over the past week and after HDC agreed to Kumho’s request for face-to-face negotiations.

HDC said on Sunday it would “try its best to accept the terms put forward by Kumho,” such as the location and time, to “keep the acquisition process going as smoothly as possible.”

In response, Kumho welcomed HDC’s move the following day and said that it expects to see “productive talks” to finalize the acquisition deal.

The building company however made a point of refuting Kumho’s claim that it had been turning down requests for a meeting.

“It was KDB that had requested face-to-face negotiations. We’ve met and negotiated with top level officials from the bank twice, in March and June.”