Kakao, the operator of South Korea’s top mobile messenger, on August 6 announced that its quarterly sales reached 952.9 billion won ($803.7 million) in the second quarter, an increase by 30 percent on-year and a record high.

The company’s operating profit during the April-June period also soared by 142 percent at 97.8 billion won, according to the company.

Kakao said the latest performance was contributable to the growth of the KakaoTalk-based advertisement business and increased sales on the messenger-based e-commerce platform. 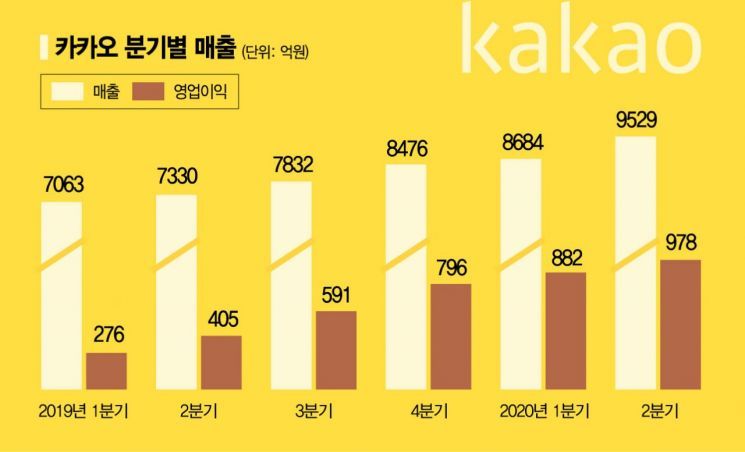 Kakao said revenue from its platform business surged by 51 percent on-year to 492.7 billion won over the cited period.

The sales of KakaoTalk-based businesses posted a 79 percent increse at 248.4 billion won, backed by the growth of advertisement and e-commerce sales, the company said.

Sales of Kakao’s game business grew by 9 percent on-year to mark 107.5 billion won, while that of its music business went up by 4 percent at 151 billion won.