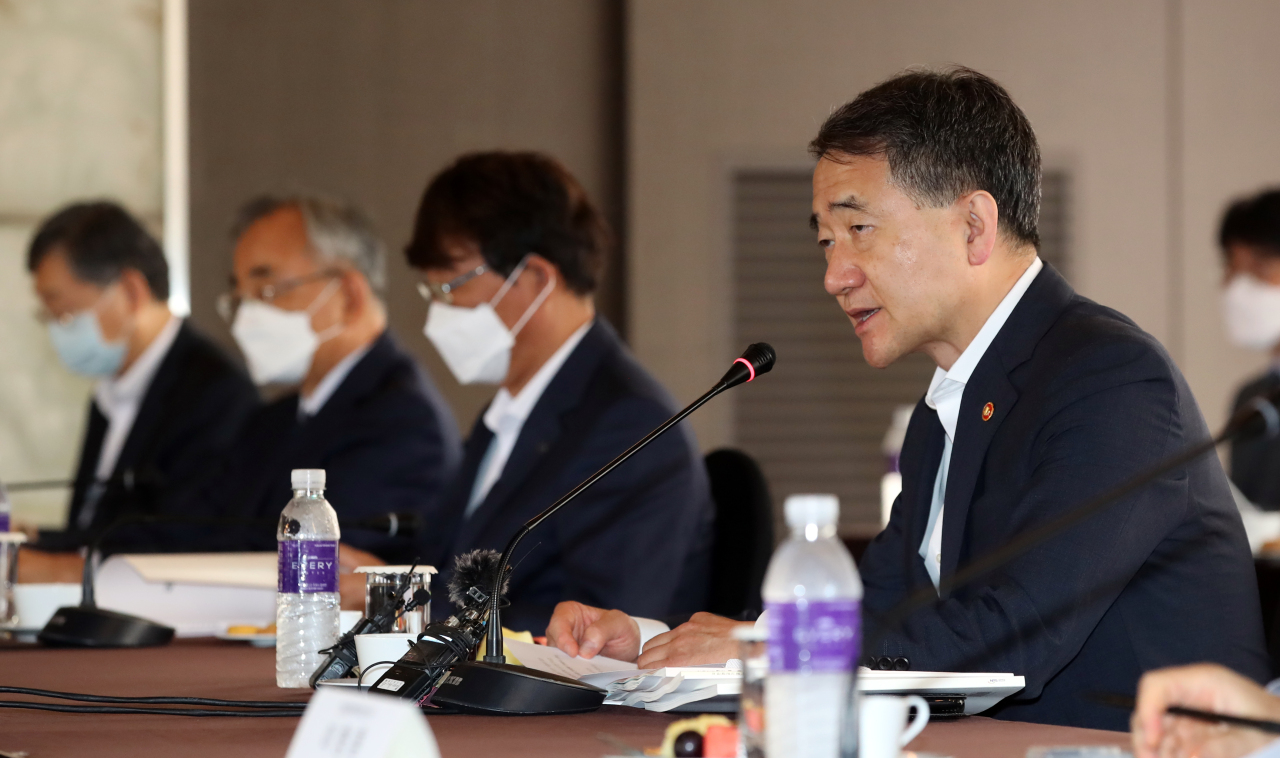 Minister of Health and Welfare Park Neung-hoo (right) chairs the investment management committee of the National Pension Service in Seoul on Friday. (Yonhap)

South Korea’s public pension fund National Pension Service said that it will expand its overseas investment proportion to over 50 percent during the next five years, seeking for higher returns amid market uncertainties caused by COVID-19.

“As a long-term investor, NPS should establish effective investment strategies to cope with the pandemic-caused uncertainties in financial markets here and abroad,” said Park.

Under the plan, the amount of the state pension fund’s reserves to reach over 1 quadrillion won ($840 billion) by 2024, up from 725.8 trillion won as of the end of April this year. The ratio of overseas holdings is also expected to climb to 500 trillion won or more.

“For the next ten years, the NPS is expected to see its liquidity increase, with insurance premium income outrunning expenses,” the minister said.

“During that period, it is crucial for the pension fund to expand overseas investments for the sake of operational stability and risk hedging.”

In details, the state pension fund operator seeks to have its proportion of overseas holdings reach up to 55 percent of the total by 2025, from 34 percent as of end-2019.

In a portfolio diversifying effort, it will also enlarge the direct operations of overseas stocks and bonds.

Addressing the concerns about the global market uncertainties and the lack of investment capacities, Park added that the NPS had a mid-term road map established, with an exclusive task force working on the issue since October.

The NPS’ average return rate in overseas assets for the past five years as of end-2019 marked 10.06 percent, nearly triple that seen from local assets investment.