South Korea on July 31 unveiled a financial package to inject some 40 trillion won ($33.48 billion) into 1,000 selected innovative businesses over the next three years.

The plan seeks to promote synergies between the financial sector and actual industries, and to ultimately shore up the so-called “Korean New Deal” -- the country’s midterm economic stimulus program worth 160 trillion won. 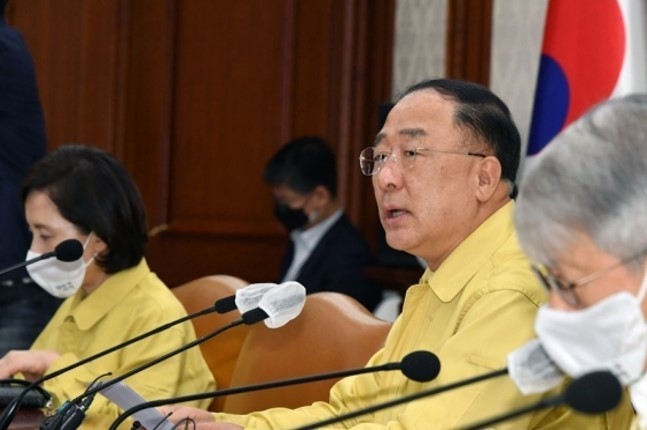 The government will provide the selected companies financial assistance totaling at 40 trillion won for the next three years.

They will also be offered an additional interest rate cut of 0.5-1 percent when borrowing from these two state-run banks.

“We will make sure that maximum loans, guarantees, and investments are provided for these companies, even for those in financial distresses,” Hong said.

“Nonfinancial support such as business consulting and market research will also be available.”

The Financial Services Commission, together with the Trade Ministry and SME Ministry, recently singled out 32 innovative companies as an initial step for the midterm program.

It is the government’s plan to name another 200 firms within the year and add 200 more every six months until the end of 2022.