Founder of Seoul-based same-day deliery startup Kurly, Sophie Kim, was listed among the top 10 female founders in the world by fundraising, data showed on July 21.

The founder of Market Kurly had raised the eighth-most money on the list as of June, raking in a combined $282 million since Kurly’s inception in 2014, according to data compiled by Businessfinancing.co.uk, a research and information provider in UK. 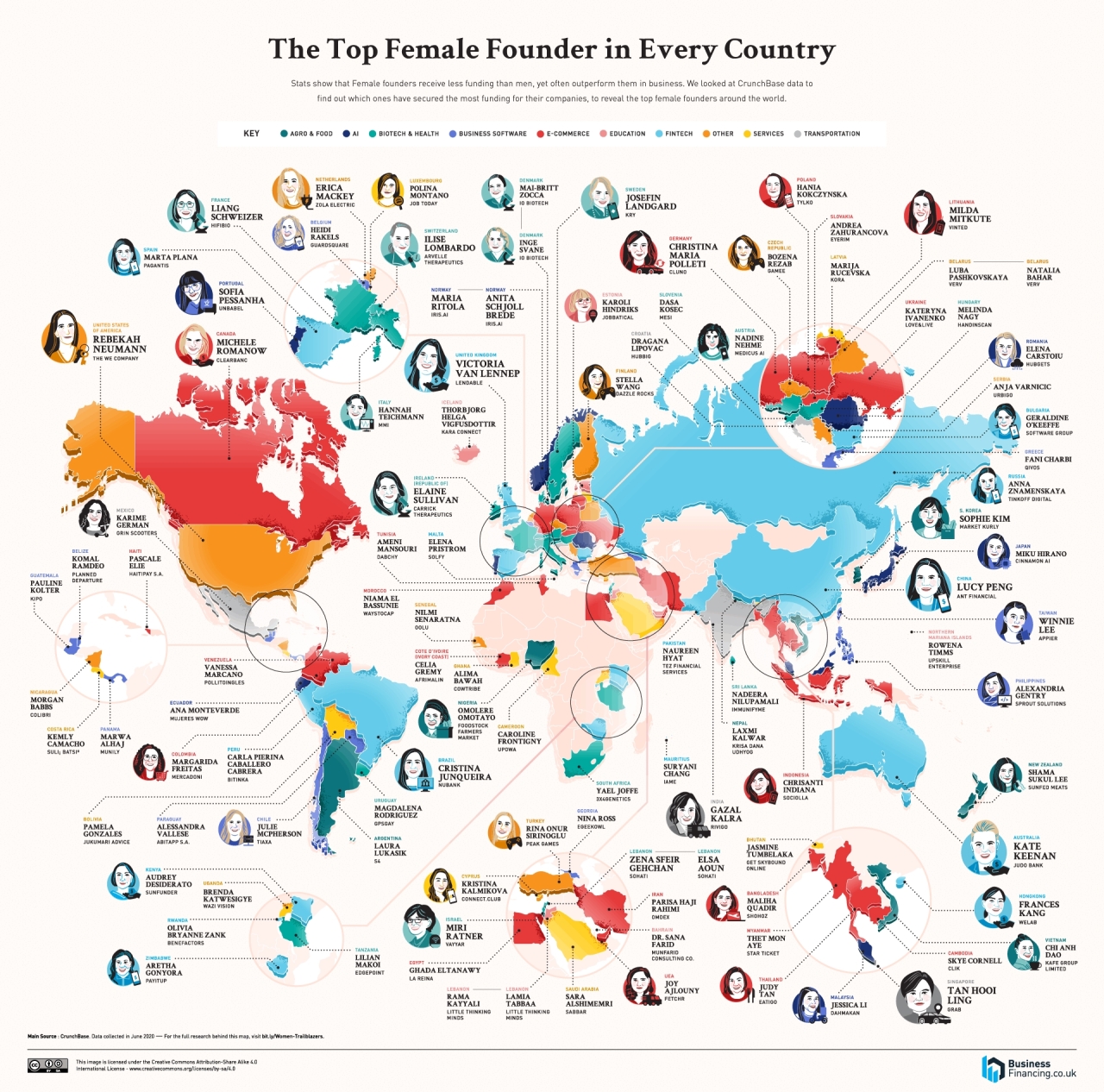 A map shows the locations of female founders from around the world. (Businessfinancing.co.uk)

Over the past decade, the percentage of deals made with female leadership rose nearly twofold to 15.7 percent. Last year, 21 female-founded or co-founded American startups became unicorns, up from 15 the previous year.

The estimate is based on data provided by Crunchbase, a startup information platform.