On June 24, the second and final day of the company’s subscription-open for individual investors, the proof of means they had to give in order to reserve shares at their original price reached 19.5 trillion won ($16.2 billion) by noon. Speculation surmounted that SK Biopharmaceuticals’ IPO would be a historic listing, perhaps surpassing the Cheil Industries’ 2014 IPO that gathered 30 trillion won. 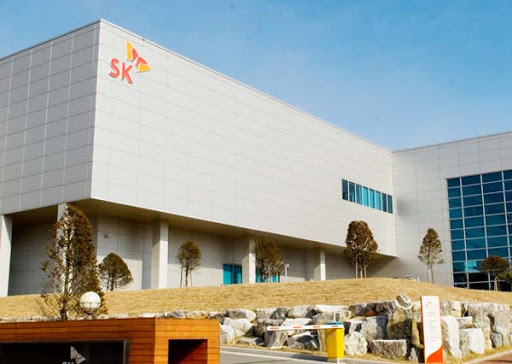 The company said it will use the funds for commercialization of its cenobamate product in the US, and for development of other pipelines it has.

However, individual investors are taking out loans in order to have proof of means to reserve stocks before they hit the market and rise in value. In order to secure 10 shares, an investor needed proof of means of a 100 million won. The competition rate had been around 200 to 1.

SK Holdings will keep 75 percent of the SK Biopharmaceuticals share after the IPO.

SK Biopharmaceuticals shares are deemed to pose less risk than other biologics firms that are making initial public offerings because the company already has commercialized products.

SK Biopharmaceuticals produces solriamfetol, a drug for obstructive sleep apnea, which launched in the US market through the US company Jazz Pharmaceuticals.

Jazz bought the pipeline’s license in the early stage of development and carried out the subsequent, larger stage clinical trials, after which it gained approval from the US Food and Drug Administration and was released in the US market under the brand name Sunosi.

Jazz has the rights to commercialize solriamfetol globally, outside of the 12 Asian countries where SK Biopharmaceuticals maintains the rights.

SK Biopharmaceuticals also has cenobamate, a drug for partial-onset epileptic seizures in adults, which launched in the US under the brand name Xcopri. SK Biopharmaceuticals has independently discovered, researched and developed the drug, and is marketing and distributing the drug on its own in order to maximize the business value of the drug.

In Europe, Xcopri is distributed by Swiss company Arvelle Therapeutics.

As for the rest, other than relenopride, which is for a rare disorder of the central nervous system and in clinical trial phase 2, the pipelines are in clinical phase 1 trials for attention deficit disorder, schizophrenia, bipolar disorder and epilepsy.

It has taken SK Biopharmaceuticals 15 years to carry out the developments and commercialization of cenobamate.

Drugs pertaining to central nervous system disorders are notoriously difficult to develop, something that investors should keep in mind, SK Biopharmaceuticals warned in its official papers intended to provide balanced information for potential investors.

Precisely because the CNS drugs are tough to crack, the market there is largely void. It remains a challenge for many pharmaceuticals companies to produce a drug that shows efficacy, without causing detrimental harm in patients.

SK Biopharmaceuticals urged investors to keep in mind that a possible sales setback of cenobamate, a desertion of key marketing personnel, or intense competition in the future, are some of the factors that may affect the company’s business.