Tension mounted on June 2 as executives of Hana Financial Group joined the legal battle against financial authorities for imposing penalties over the misselling of risky derivatives-linked financial products by its banking unit.

Jang Kyung-hoon, president of Hana Card as well as Park Se-gul, general manager of Hana Bank’s wealth management unit, have reportedly filed separate suits at a local administrative court to nullify the Financial Supervisory Service’s punitive measures. In March, Hana Bank was slapped with 16.78 billion won in fines, and Woori Bank with 19.71 billion won, respectively over the improper sales of DLF products, along with a six-month suspension of some banking operations including selling private equity funds. 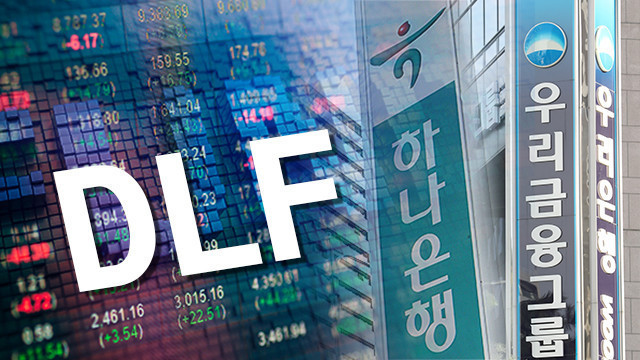 The reports came a day after Hana Financial Group Vice Chairman Ham Young-joo requested the court to nullify the FSS’ decision. In his plea, he claimed that he was not in a position to directly control the bank’s sales of DLF products, officials said.

Along with hefty fines, financial regulators also handed down a “reprimand” warning to Hana’s Ham and Woori Financial Group Chairman Son Tae-seung. A reprimand warning, the third-heaviest in the five-level punishment scale, restricts the troubled executives from getting a new job in the finance sector for the next three years.

Claiming a six-month suspension of designated banking operations is likely to take a toll on corporate management. Hana Bank, as an organization, lodged an administrative suit to suspend the levying of penalties by the financial authorities.

Earlier, the court granted a suspension order against the sanctions imposed on Woori Financial chief, who filed an injunction prior to the bank’s shareholders meeting. Son was able to continue his term as the court injunction was approved.

Meanwhile, Hana Bank has maintained that the Act on Corporate Governance of Financial Companies -- legal grounds suggested by the financial authorities to punish CEOs does not warrant sanctions on top executives.

The DLF products are designed to track the performance of German bond yield or constant maturity swap rates of the US dollar and other currencies. Financial consumers here saw losses of up to 90 percent of their DLF investments after interest rates or bond yields in the major economies plummeted, according to the FSS.