South Korean financial giant Mirae Asset Group is likely to resume its drive to launch a mega-sized investment bank as authorities on May 27 decided not to request a prosecutorial probe for conducting illegal intra-unit trading and instead chose to slap a light penalty.

The nation’s antitrust watchdog Fair Trade Commission said it has imposed a fine of 4.39 billion won ($3.6 million) on financial conglomerate Mirae Asset Financial Group and its affiliates for violating rules that ban trading among affiliates. The watchdog has also separately issued correction orders for the firms. 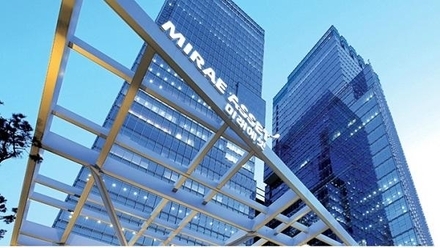 “The financial group’s affiliates did business with the consulting unit without considering other options in an objective manner when choosing business partners,” the FTC said in a statement.

The consulting unit, founded in 2008, serves as a proxy operator of high-end hotels and golf clubs in Korea such as Courtyard Seoul Pangyo, Four Seasons Hotel Seoul, and Blue Mountain Golf & Country Club. Family members who control the conglomerate, including Chairman Park Hyun-joo and his children, hold a combined 92 percent stake in the consulting firm. Chairman Park is sitting on the top of the ownership structure at Mirae Asset by owning majority shares in three companies -- Mirae Asset Global Investments, Mirae Asset Capital, and Mirae Asset Consulting.

Mirae Asset employees were only allowed to utilize the golf courses or hotel facilities, operated by Mirae Asset Consulting, for gatherings and meetings with business partners, according to the FTC. Utilizing such practices, the intra-affiliate trading between Mirae Asset units brought 43 billion won of financial benefits to the consulting unit, the antitrust agency said.

The FTC’s probe has been a major hurdle for Mirae Asset Daewoo’s plan to become a mega IB.

A financial firm, after becoming a mega IB, is allowed to issue promissory notes with a maximum limit of 200 percent of its equity capital. The note-issuing business can help boost brokerages’ capability to raise funds. But the business is authorized only when the applicant has no record of receiving criminal penalty within three years.

Having 4 trillion won in equity capital is a prerequisite for a mega investment bank license issued by the Financial Services Commission. Among the five local investment firms, NH, KIS and KB Securities have been allowed to issue promissory notes.