The plunging crude oil prices may increase pressure on South Korea’s financial market with rising volatility forcing investors to secure cash, not to mention its negative impact on the economy.

The sharp drop in oil prices in recent weeks has rattled the stock market, already reeling from the deepening coronavirus pandemic. Oil refining and chemical industries are bearing the brunt, not only from plummeting demand but also lackluster investor sentiment.

According to data of the Financial Supervisory Service, investors from the Middle East purchased nearly 30 billion won ($25.5 million) worth of Korean shares last month, down 82 percent from a year earlier. 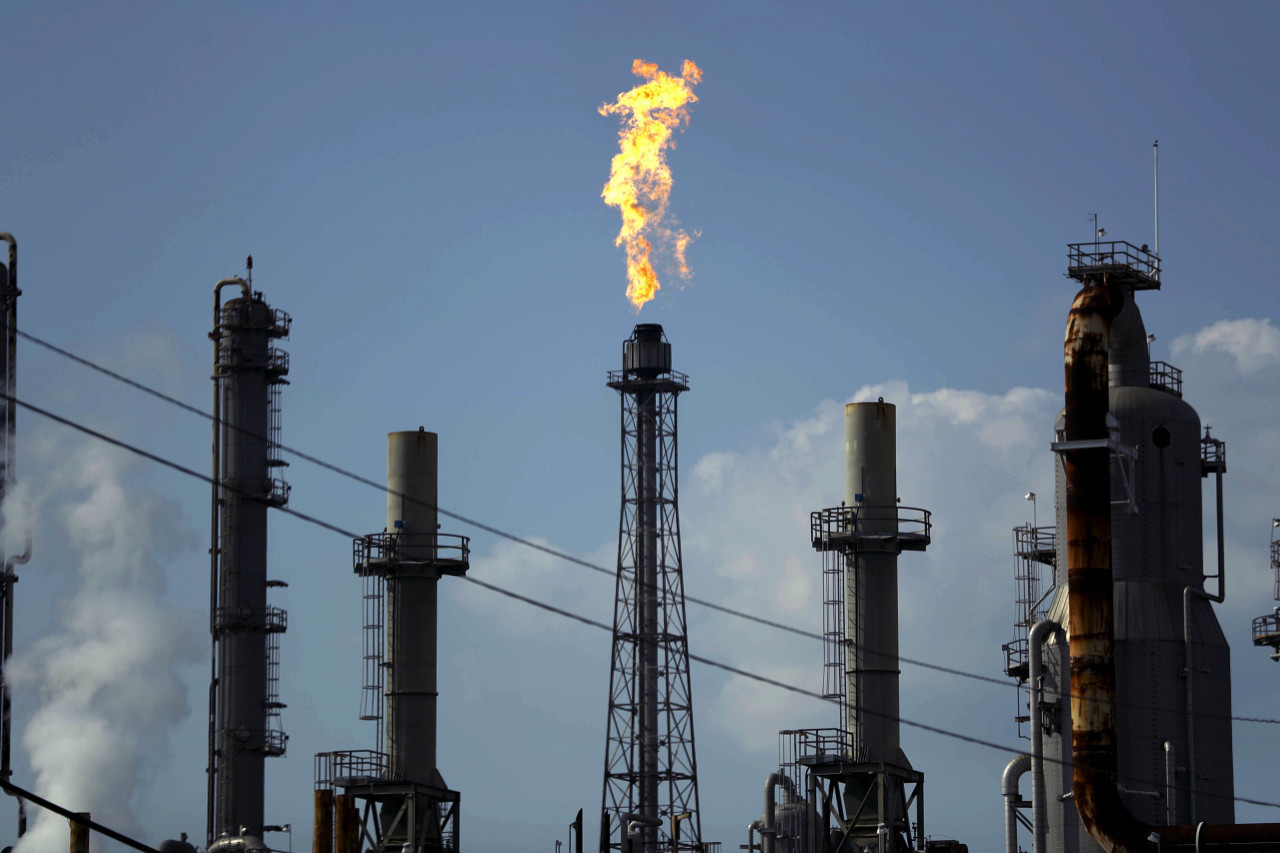 “Lower oil prices pose a threat to the financial situation of the Middle Eastern countries since crude oil exports are their main source of revenue,” said Park Sang-hyun, an analyst at Hi Investment & Securities. “Middle Eastern investors are selling Korea stocks due to fears of further drop in the oil price accounts, leading to an uptrend in foreign selling spree.”

The drop came after major oil producers in the Organization of the Petroleum Exporting Countries-Plus failed to reach a consensus on supply cuts two weeks ago. OPEC+ is a coalition of OPEC member countries and 10 non-OPEC oil producers led by Russia.

According to the Korea National Oil Corp., the primary oil benchmark US West Texas Intermediate crude dropped 24.4 percent, or $6.58, last Wednesday. The price settled at $20.37 per barrel which marked the lowest level since 2002.

What makes Korean markets more vulnerable to the volatility of crude prices is its high correlation to exports that account for a whopping 70 percent of gross domestic product.

Bang In-seong, an analyst at Cape Investment and Securities noted that the correlation coefficient between crude prices and Korean exports has been at 0.81 for decades. The figure close to 1 means higher correlation, meaning that a higher drop in oil prices will have a bigger impact on Korean exports and investor sentiment.

The drop in crude prices is also a downside factor for the local housing market to some degree along with Moon Jae-in administration’s loan restrictions to curb real estate prices.

“Housing prices in Gangnam-gu, most affected by the government’s restrictions, will remain low for a while because people rather possess enough cash than invest in houses, especially these days when the Korean won has been devalued.”

As global crude oil prices and local shares are in freefall, even the safe assets such as gold and bonds have suffered a downturn.

Gold prices in Korea started to fall over 7 percent on March 10 and the interest rates of local Treasury bonds soared on March 19 when the Kospi index sank below 1,500 points for the first time in 10 years. Higher interest rates lead to lower bond prices.

Attention is now focusing on how the deal will alleviate global uncertainties mounting from the drop in oil prices combined with the coronavirus outbreak.

“While travel restrictions across the globe amid the coronavirus outbreak have sapped oil demand, oil supply is overwhelming, which led to the recent price drop,” said Shim Soo-bin, an analyst from Kiwoom Securities.

“Global oil prices may rebound depending on the developments of the coronavirus spread, but it won’t be remarkable unless major oil producers manage oversupply.”

However, the outlook for OPEC+ agreement on supply cuts is not very promising conflict with non-OPEC states will continue to hamper the growth of the US shale industry, increasing high volatility of oil prices, she added.

On last Saturday, the Financial Times reported that officials from Texas Railroad Commission and OPEC have discussed an international deal to curtail shale oil production to ensure economic stability.

But due to lower demand, the prices are widely expected to remain low for a while.

“Oil prices are expected to stay low, fluctuating between $20-30 in the second quarter even if OPEC+ decides to reduce production and the coronavirus outbreak settles because it takes time for global demand to recover,” said Park Sang-hyun, an analyst at Hi Investment & Securities.