The company’s revenue soared by 164 percent to 105.5 billion won ($84.4 million) from a year ago, while operating profit jumped 33 percent to 34.7 billion won during the same period. 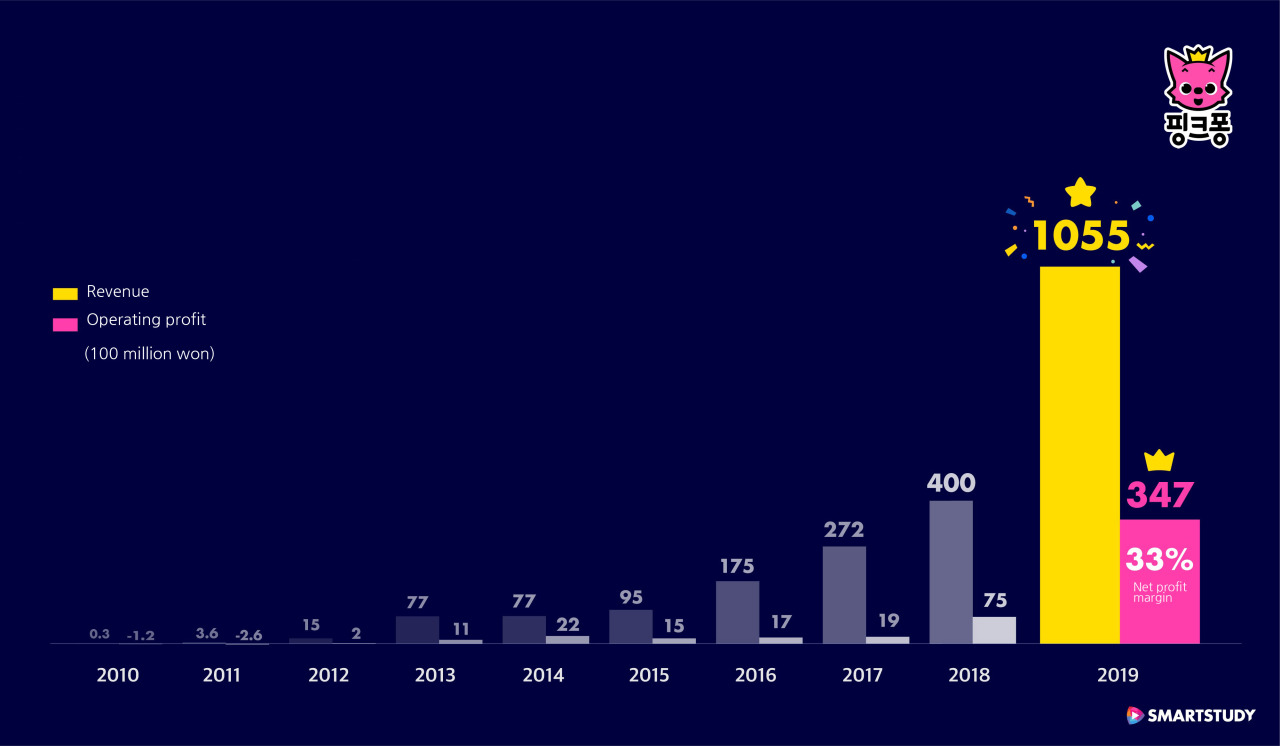 SmartStudy's revenue and operating profit between 2010 and 2019

With the increasing popularity of its intellectual property led by “Baby Shark,” the company has added a long list of new licensees, including Hasbro, Spin Master, Crayola, Crocs, Kellogg’s and WowWee. The license contracts rose four times in 2019 from a year ago, the company added.

The video for “Baby Shark,” created by Pinkfong, a content creator under SmartStudy, has pushed the popularity and sales of the company’s products. The viral song for children has become YouTube’s second most viewed video, with 4.85 billion views, and led to awards like License of the Year and Toy of the Year. The popularity has translated into a ranking of No. 1 on e-commerce giant Amazon.com’s toys and games category in August last year.

“Backed by success in North America, the main market for characters, we were able to achieve a revenue milestone of 100 billion won 10 years after the company’s establishment,” Kim Min-seok, CEO of the company, said. “We expect a better performance in the global markets this year with the launch of a TV show of ‘Baby Shark.’”

With a partnership with American cable network Nickelodeon, Pinkfong is producing an animated TV show based on “Baby Shark.”