According to data compiled by bourse operator Korea Exchange (KRX) on Monday, 6,662 cases of short sales worth more than 1 billion won ($790,330) occurred on the main bourse Kospi and tech-heavy Kosdaq from the beginning of this year to Wednesday. 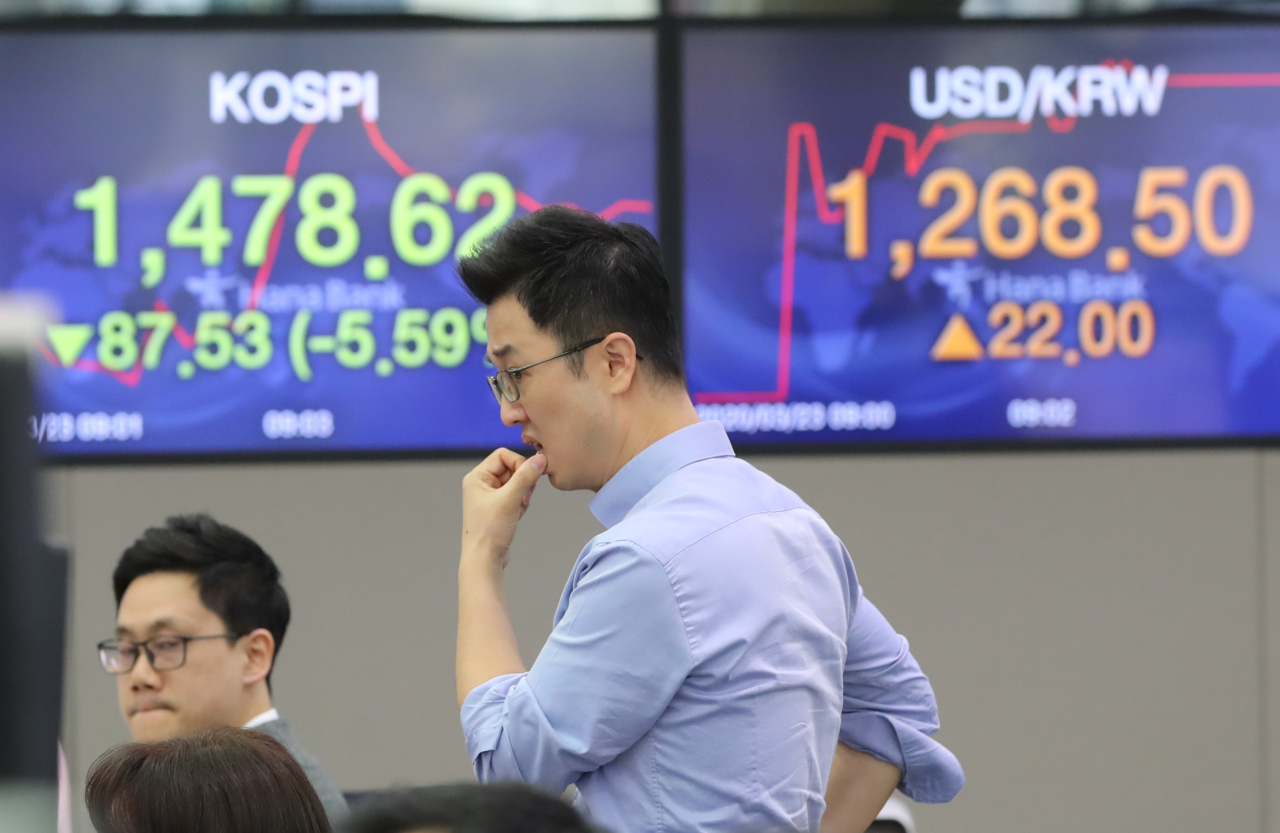 When investors sell short more than 0.5 percent or 1 billion won worth of local stocks, they or their agents are obliged to disclose the transaction details on the KRX’s short-selling portal.

Short selling is a strategy of borrowing, selling and repurchasing stocks to return it to the lender whereby sellers bet on a share price drop.

Separate data showed that foreign investment houses also resorted to the illegal practice of naked short-selling -- an act of shorting stocks without actually borrowing the shares.

According to the Financial Supervisory Service, a total of 101 financial firms were found to have practiced naked shorting with only 45 firms fined from 2010 to last year. Of the total, 94 firms were foreign financial companies.

Due to the massive short sales and illegal practice by offshore financial companies, domestic investors are blaming financial authorities for failing to regulate the market.

In the face of market criticism and in an effort to reduce market volatility, the Korean authorities banned short-selling practices for six months on March 13.

Despite the policy, the Korean stock market was again thrown into turmoil, with the benchmark index falling over 3 percent as offshore investors dumped local shares amid growing concerns over the economic fallout from coronavirus spread.

Trading on the main bourse was briefly halted just six minutes after the opening bell as stocks plunged by over 5 percent. It was followed by another trading halt on Kosdaq at 9:17 a.m., as it also suffered a sharp plunge of more than 6 percent.

The Kospi index closed at 1,482.46 -- down 83.69 points, or 5.34 percent, from the previous session. #Foreigners dumped 642.2 billion won of their shares, posting a net-selling for the thirteenth consecutive trading session dating to March 5. Their total offload marked 9.79 trillion won in the given period. Institutional investors also sold 362.4 billion won to weigh down the bourse.#