An intense bidding war for the takeover of Prudential Life Insurance of Korea, valued at some 2 trillion won ($1.6 billion) kicked off early Thursday as major banking groups and private equity houses vied to get their hands on the insurer.

The bid for a 100 percent stake in the insurer came as the risks stemming from the novel coronavirus compounded those from the Bank of Korea’s latest rate cut. The risks have slowed the momentum for the bid, which could be the largest acquisition deal in the nation’s financial industry for 2020.

The current record-low benchmark interest rate of 0.75 is weighing on the local banking group’s profitability, which in turn has added volatility to the assets it carries. This forces it to take a conservative stance when making large-scale mergers and acquisition investments such as the Prudential Life bid.

Local lenders had already been suffering with low net interest margins, which are a key profitability indicator for banks. The NIM measures the gap between income from loans and the interest paid out on deposits, and tends to decline as rates drop. 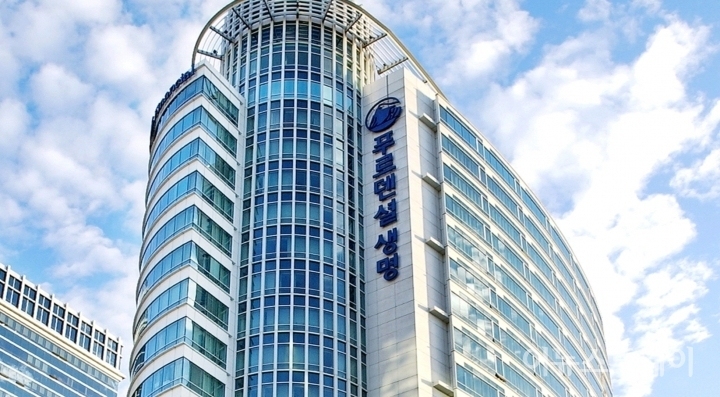 Of the three private equities, IMM partnered with Woori Financial Group at the last minute, with the holding group offering acquisition financing. IMM currently holds a 5.96 percent stake in Woori.

Industry watchers expected the bid to be mainly a competition between KB and IMM with Woori, due to the banking group’s apparent hopes of gaining an insurance unit in a bid to diversify its portfolio.

KB has long hoped for a life insurance unit in addition to KB Life Insurance, especially after its rival Shinhan’s 2.3 trillion won takeover of what was known as ING Life Insurance in February 2019. ING Life was later rebranded as Orange Life.

Woori currently does not own an insurance unit and the acquisition of an insurer would be the cherry on top of its latest buying spree. Last year it acquired real estate trust firm Kukje Trust, asset management houses Tongyang Asset Management and ABL Asset Management, as well as credit card firm Lotte Card, which it bought jointly with private equity house MBK Partners.

But local insurers also face drawbacks from the BOK’s latest rate cut. The insurers see their legacy high-yield guarantee policies reaching maturity and the new 0.75 rate has capped the return on their investments.