Titled as “All Up in the Mix Workshop in Seoul by David Yungin Kim,” the workshop is the first music producing, recording and mixing workshop organized in Korea by Kim

“To celebrate the foundation of a new Korean record label The Label By Montis, [the workshop] will take place at Yoondang Arthall in Gangnam, Seoul,” a press release said.

Kim won his first Grammy Awards in 2015 for engineering Kendrick Lamar’s “To Pimp a Butterfly” and his second Grammy this year for engineering Nipsey Hussle’s “Racks In The Middle.” 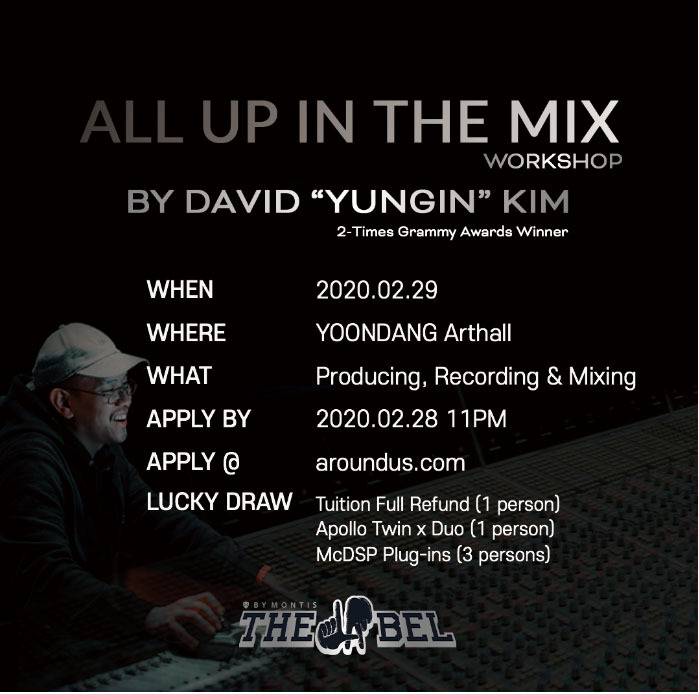 Kim plans to share his story of becoming a Grammy-winning music engineer from an unpaid intern working eight-hour shifts for the first six months in the US as well as his technical know-how. The workshop will include a lucky draw prizes including the full refund of workshop tuition for one of the attendees.

The application for Kim’s workshop will close on Feb. 28, and details of the workshop program and how to apply directions can be found at www.aroundus.com.