Anti-chairman coalition falters at Hanjin with withdrawal from director candidate

Kim Chi-hoon, a former Korean Air executive director who was proposed as one of the inside directors for Hanjin Group, said Tuesday he was voluntarily resigning from the candidacy. His withdrawal deals a blow to a coalition formed by Hanjin Group heiress Cho Hyun-ah to counter her brother, Chairman Cho Won-tae, as Kim had been recommended by them.

Kim reportedly said that he was “against what the coalition intends to do,” according to Hanjin KAL, the holding company of Hanjin Group that also owns the country’s largest air carrier.

According to the statement released by Hanjin KAL, Kim sent a letter to Hanjin KAL saying he does not agree with ideas suggested by the third-party coalition. 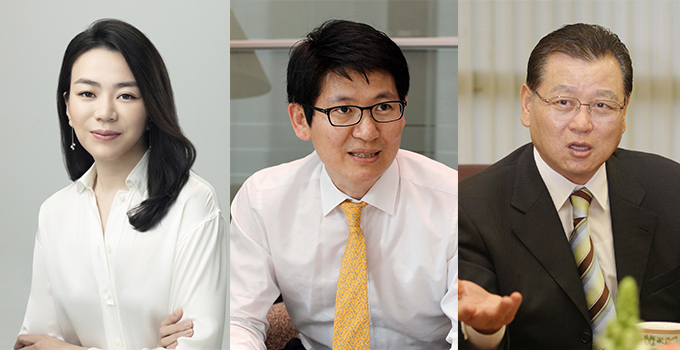 “It is unfortunate that things are unfolding differently, unlike my pure intentions,” Kim wrote in a letter.

“As a KAL man, I deeply understand the situation at Hanjin Group and in fact, I support the current executives comprised of my former colleagues,” he wrote, adding that he hopes for the harmony between all members of Hanjin Group to take a moment for the group to improve.

After the statement was issued, the coalition also released a statement saying Kim was resigning due to “serious illness,” and that he informed them of his decision earlier in the day. The coalition said that they had proceeded with the proposal after getting an approval from Kim himself after fully explaining the purpose and intention of the third-party coalition.

Cho Hyun-ah’s coalition has been upping the ante against the chairman ahead of the group’s shareholders meeting on March 24, proposing an open debate on the firm’s governance in its latest move Monday. Their attacks, however, have met with major opposition, including from other Cho family members, as well as the company’s major labor unions, who side with the brother.

The third-party coalition said the proposal was made to normalize the group’s businesses, which was harmed by current Chairman Cho Won-tae, who did not follow former Chairman Cho Yang-ho’s will to run the business harmoniously between family members.