PALO ALTO, California -- After the Galaxy S20 and Z Flip phones were unveiled in San Francisco on Tuesday, aspiring tech leaders studying and working in Palo Alto, the heart of Silicon Valley, flocked to a Samsung shop in the area.

Samsung Experience Store in Stanford Shopping Center saw its visitor traffic surge about 80 percent on the day of the “Unpacked” event compared with usual Tuesdays, owing to display shelves spruced up with new devices.

Opened in December, it is one of four Samsung locations in the United States where consumers can experience Samsung products. The Palo Alto shop is located close to an Apple Store.

“We had much more walk-in customers than usual right after the ‘Unpacked,’ who mostly came to check out the latest devices,” said Kyung Je-moon in charge of retail business at Samsung Electronics America. 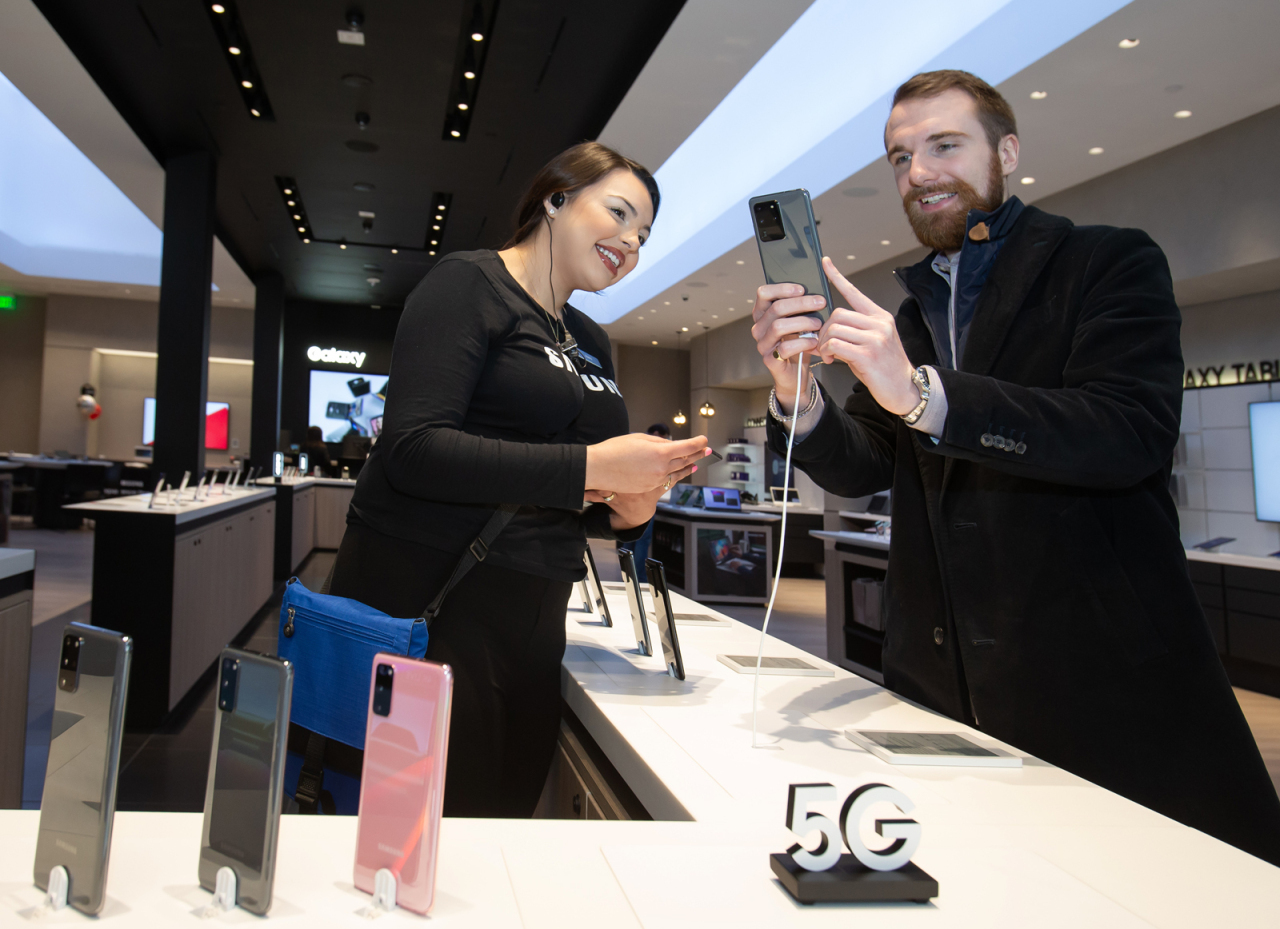 A US consumer checks out the Galaxy S20 Ultra at Samsung Experience Store in Palo Alto, California, on Wednesday. (Samsung Electronics)

The Galaxy S20 series was displayed at the front of the shop, and the Galaxy Z Flip was displayed in a glass box in a corner designed as a foldable phone zone.

“Recent visitors, as they walked in, showed the most interest in the Galaxy S20 Ultra model, as they checked out the 100X zoom camera in person,” said a shop manager. “And many also asked us for a chance to get their hands on Z Flip.”

The Palo Alto Samsung store is just 5,123 square meters, smaller than other Samsung shops in the US. But it is designed to target those attending Stanford, one of the most prestigious universities in the country, as well as young white-collar workers at high-tech firms in the area.

“This store has a concept focusing on 5G,” Kyung said. “It is the only place where US consumers can experience the 5G speed and services including gaming on devices.”

As the US has yet to fully commercialize 5G networks, the Samsung store is considered the most advanced retail spot run by a device manufacturer in the country to offer 5G experiences.

Visitors can not only experience mobile services but also get a glimpse of Samsung’s internet of things vision at the store.

A corner of the shop is designated as a connected living zone, where the company demonstrates its home IoT system, including smart lighting, smart doors and security control.