PYEONGCHANG, Gangwon Province -- If one word can describe the PyeongChang Peace Forum, a conference for peace creators and builders who want to maintain the legacy of the 2018 Winter Olympics, it would be optimism. During the three-day conference that ran from Sunday to Tuesday, many optimists offered their blueprints and hopes, including railroad projects linking the two Koreas with China and Europe and a ferry to carry tourists from Gangwon Province’s Sokcho.

Among those optimists, the most vocal was probably Jim Rogers, the Rogers Holdings chairman who has been outspoken about opportunities concerning North Korea since leaders of South Korea, North Korea and the US met and shook hands in historic meetings two years ago.

Although the dialogue has since stopped and North Korea has again carried out missile tests, his rosy view has not changed a bit, the 77-year old investor said in an interview with The Korea Herald on the sidelines of the forum on Sunday.

“I’m extremely optimistic about the Korean Peninsula. Combing North Korea’s natural resources (and) cheap disciplined labor with South Korea’s money, the Korean Peninsula is going to be the single most exciting place in the world once the 38 parallel comes down,” he said, referring to the fortified border between the Koreas.

He said tourism is the industry North Korea will most willingly want to open.

“The Korean Peninsula has never been on the international tourism map ever. Now when it opens many people want to come here out of curiosity,” he said. “Once opening up the borders, there would be no turning back.”

With that anticipation he joined Ananti, a Korean resort company, as an external board member in December 2018 and bought 40.2 million won ($33,900) in shares. Ananti owns a resort that includes a golf course and hot spring at famous tour destination Kumgangsan in the North. But only two months after its opening in 2008, the resort was shut down when a South Korean woman was shot by a North Korean soldier. There has been hope that Ananti will be able to open again, but North Korean leader Kim Jong-un last year threatened to tear down the “shabby South Korean-made building” at the Kumkangsan mountain resort. 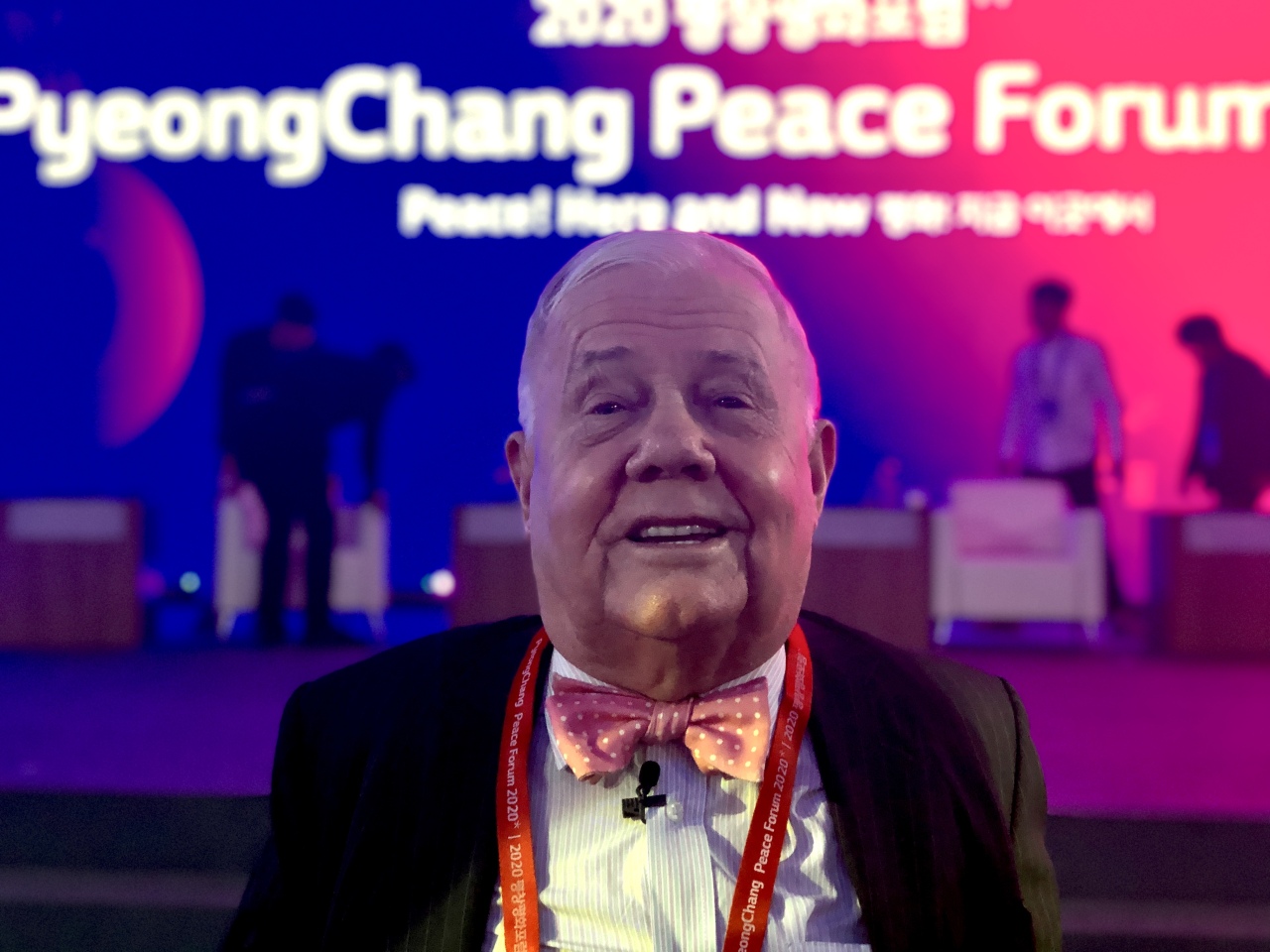 “The properties have been sitting there empty since 2008. Of course, it looks ugly. I don’t have any problem with tearing some of them down and building them (again),” Rogers said. “If they confiscate property, that’s a disaster and that would be the end of investing in North Korea. I think Kim knows enough about investing,” he warned.

As much as optimistic ideas and blueprints filled the conference, not many of them, including Rogers’, were able to offer realistic solutions to break the impasse, instead tossing the ball to politicians.

“It doesn’t have to be reunification. Please open up the border and build the railroad, (Gangwon Province) Gov. Choi (Moon-soon) and President Moon (Jae-in),” he urged.

Another thing he is very optimistic about in Korea is graphene, a thin but strong material. Rogers joined Kospi-listed Nanomedics’ board of directors in August 2019.

“Graphene will become more important than the internet,” he said. “South Korea may wind up being one of the world’s leaders in graphene technology and we’re told there are a lot of cheap graphite -- the mineral needed to make graphene -- in North Korea.”

In addition to Ananti and Nanomedics, he said he holds a small stake in the nation’s flag carrier Korean Air.

Rogers, who has long been an advocate of the Chinese market, said the ongoing novel coronavirus pandemic is unlikely to have lasting effects on its economy.

Even though the economy will inevitably be hit by the ongoing novel coronavirus pandemic, he interpreted that the situation is not as bad as the swine flu outbreak that hit the world in 2009-10. “Do you know how many people in the US died because of the flu that year? More than 10,000. The novel coronavirus won’t change the Chinese market,” said Rogers. “I’ll hold shares in Chinese companies and will never sell them.”
(gypark@heraldcorp.com)