In a dark basement club in Seoul on Friday, scores of 20-somethings got themselves into the spirit, cracking up with laughter and hollering at one another.

Soon, people filling up the basement broke up into eight teams. They were given 15 minutes to come up with business ideas. Each team took turns pitching the ideas which were put up for virtual auction before the participants. Live hip-hop performances followed. 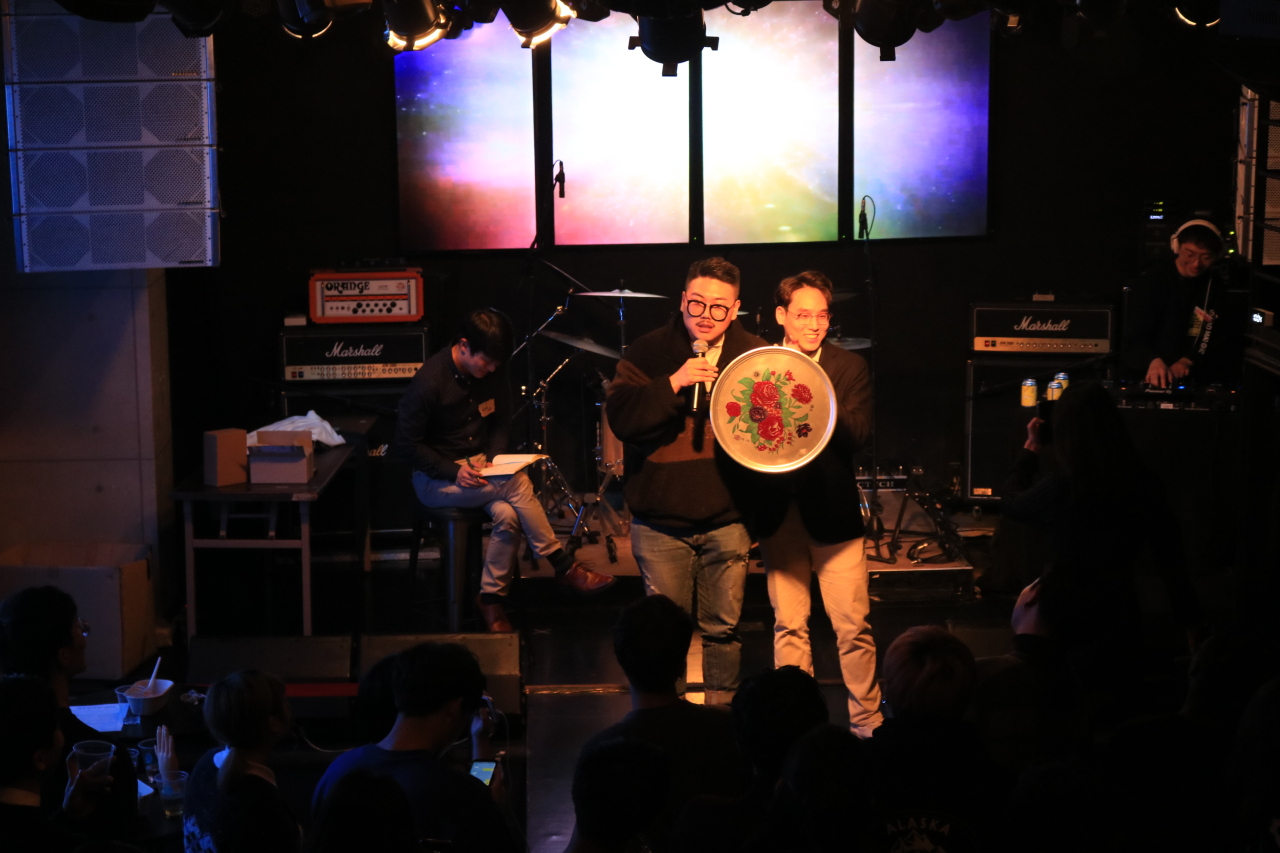 For Lee Yeon-ji, a 23-year-old university student, the event, called “Social-Rising,” was a remedy for “zombies,” or aspiring entrepreneurs who are fed up with a stiff setting in the ordinary socializing environment in one of the world’s fastest-growing startup landscape.

“Given our current environment, we cannot but be zombies. We were not able to show our true colors and be ourselves under a formal setting,” said Lee, one of the lead organizers of Social-Rising, on stage before participants.

‘Instead, I thought we could make connections between young entrepreneurs and create fresh energies for young startup founders in a new atmosphere.”

Unlike the conventional setting for startup socializing events -- where people in a room with a bright light on are formally dressed and exchange cards with random investors -- a student vibe livenes up in Social-Rising with beer, wine and vegan snacks, in a mixed bag of students, social entrepreneurs, investors, consultants and those dedicated to industry-academia collaboration. 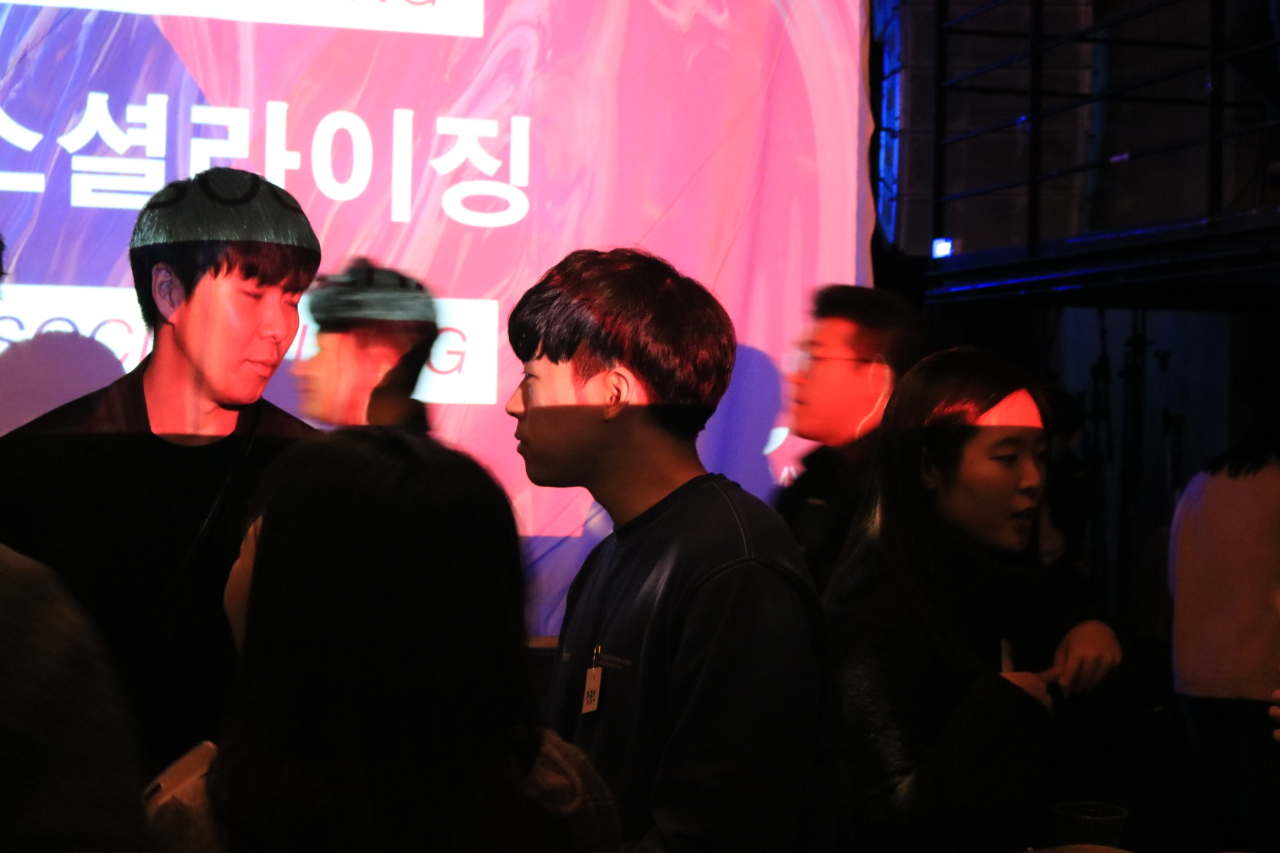 The gathering Friday held in Seoul’s university district near Hongdae was the first of its kind. Organizers said the event aims to be self-sufficient by becoming an event for startups by startups. It featured sponsorships of startups, including one dedicated to vegan catering services, and another making biodegradable wares. Founders of the startup -- who were not necessarily students -- had a chance to pitch their business on stage and hand out leaflets for introduction.

Social-Rising was the brainchild of Lee and her close friend Hong Rha-un. Putting monthslong efforts since October last year, the organizer team led by Lee was joined by Kevin Yoon, who works at startup Guanxi.ai, when they met each other in November during the global startup community event Slush in Helsinki, Finland.

Hong, co-founder of human resources platform startup WEQL along with Lee, was looking for ways to make the event more sustainable.

“We are planning to hold the gathering every month,” Hong said. “Our goal is to make this a comfy place for anyone interested in founding startups.”