As of late July, domestic banks, including Woori Bank, Shinhan Bank and KEB Hana Bank, had sold a combined 2 trillion won ($1.72 billion) of the fund on behalf of Lime Asset, according to an ongoing investigation by the Financial Supervisory Service and self-regulatory financial organization Korea Financial Investment Association.

The sales figure accounts for 34.5 percent of the entire 5.7 trillion-won sales.

The proportion is quite unusual, considering banks account for just 7 percent of most fund sales. 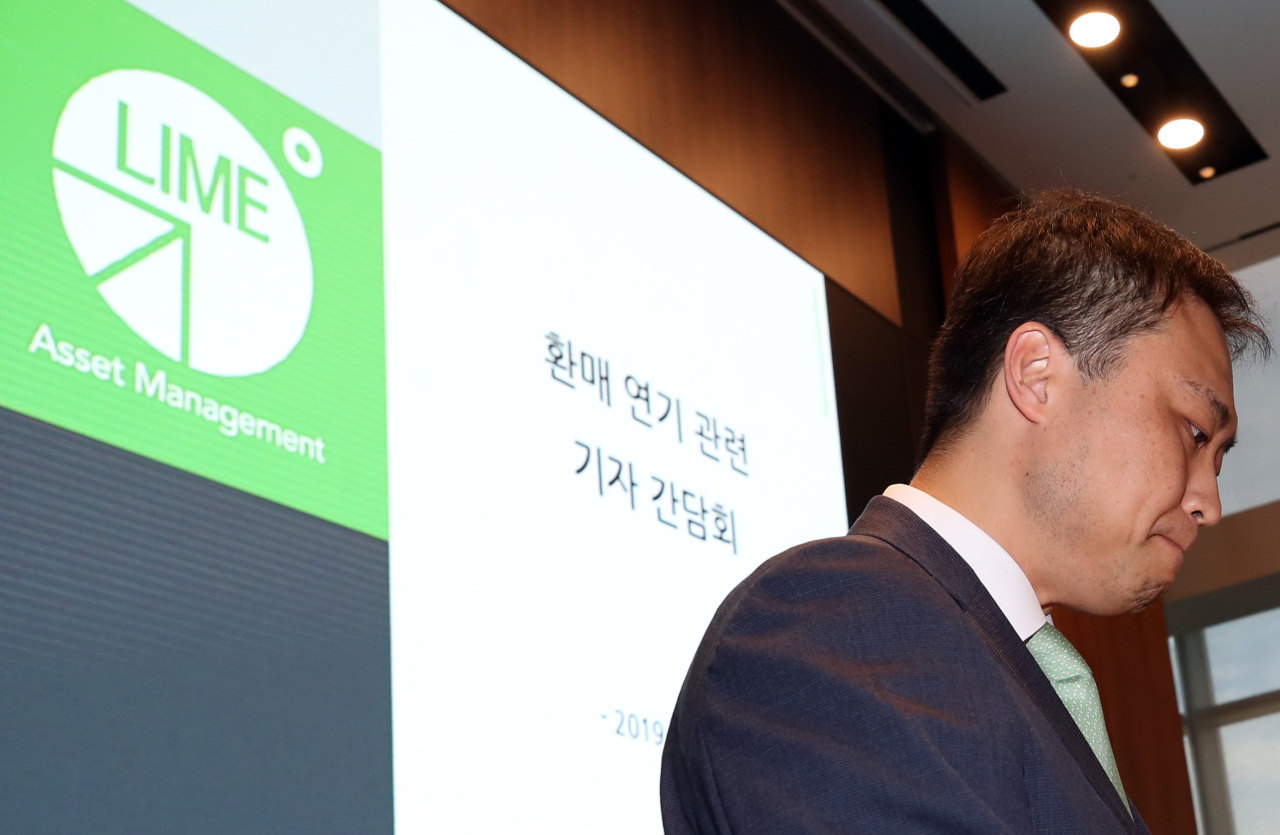 Stock brokerages Daishin Securities and Shinhan Investment, on the other hand, sold 1.18 trillion won and 443.7 billion won, respectively, while the remainder was sold via other stock trading firms.

Investors, some of whom are expected to lose 40-70 percent of their investments in the fund, claimed the Korean banks had promoted the fund as a financial product that is as safe as fixed deposit products.

“A bank teller told me the fund has no risk of losing the principal while guaranteeing an interest rate as high as a fixed deposit,” one of the investors wrote in a community for the victims of the Lime Asset case.

Some banks are also suspected to have encouraged investors by manipulating surveys designed to tell consumers about the level of their risk tolerance.

Lime Asset is accused of having failed to notify its investors of changes in the investment method of its fund, which was associated with a recent debacle linked to New York-based investment adviser International Investment Group.

The company invested some 240 billion won in one of IIG’s funds -- Structured Trade Finance Fund -- that targets trade finance portfolios in the Southeast Asian and African regions.

In November last year, the US Securities and Exchange Commission revoked IIG’s registration on charges of hiding losses in its hedge fund and selling fake loan assets to clients.

Being aware of IIG’s fraud case and liquidity issues since November 2018, the Korean fund management company handed over an ownership stake in the IIG fund to a Singaporean commodity trader at a discounted price in June last year. Through the deal, Lime Asset planned to secure a fixed income to repay investors in the fund. Investors are criticizing the firm for having failed to disclose information on the deal.