Launched in January 2018, Romania-based startup TPS Engage is dedicated to a technology that allows outdoor digital signage to show the right advertisements at the right time to the right target group.

With offices in cities across the world, including Bucharest, Dubai and New York, the startup this year chose Seoul as the command center for expansion in East Asia, the co-founders of TPS Engage said in an interview with The Investor in Seoul.

They said the reason behind the decision was Korean advertisers’ appetite for innovation and the fact that Seoul is home to tech giants like Samsung and LG, which are not only major commercial screen makers but also big global advertisers. 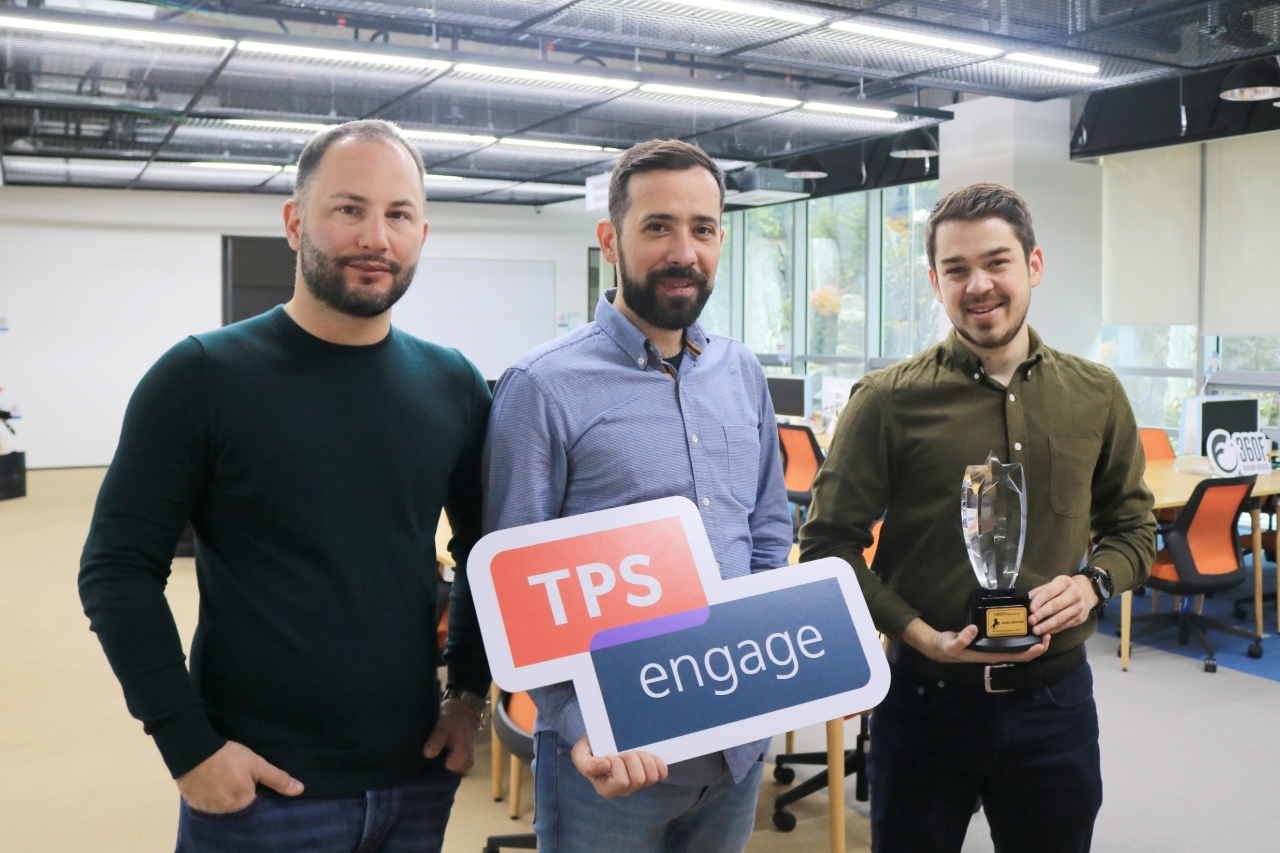 “I think Korea has the appetite for innovation, because to be honest it’s what changed the country for half a century. They now realize that innovations can be applied to places where they can do advertising,” Matei Psatta, co-founder and CMO of TPS Engage, told The Investor.

“The plan right now is to start from Korea, finish the project we have in motion now, stabilize business and use Korea as the launch pad for other Asian markets, mostly in Japan and China. (These countries are) bigger markets in terms of volume. But what also mattered was the appetite for new technology.”

TPS Engage CEO and co-founder Bogdan Savonea, who was engaged in an integrated smart city development project in Romania with the Korean government in 2012, said he noticed a different air during his recent visit to Korea.

“I learned (Korea) in itself grew a lot, to the point of the view of business mentality and openness of doing new things,” Savonea said. “Today I see a lot more flexibility and adaptability (to the market specifics) in Korea.”

To the startup that is one of the Techstars Dubai 2018 alumni, joining a state-backed accelerator program K-Startup Grand Challenge was a watershed.

Participating in the program gave Psatta not only access to meetings with Korean signage networks but also a chance to pitch at Shinhan Future’s Lab and win a prize.

Psatta’s stay in Seoul is also opening doors to dealing with Samsung and LG, which run their own content management system for big ad screens. As advertisers, partnering with TPS Engage means cutting costs bumped up by intermediaries, while TPS Engage can pursue transparency in ad campaign pricing.

“We worked with (Samsung and LG) in Europe for direct supply, but the global decision is made from the headquarters, which is Seoul,” he said. “(TPS Engage) wants to do the entire campaign from headquarters, to make sure that we have transparency on everything.” 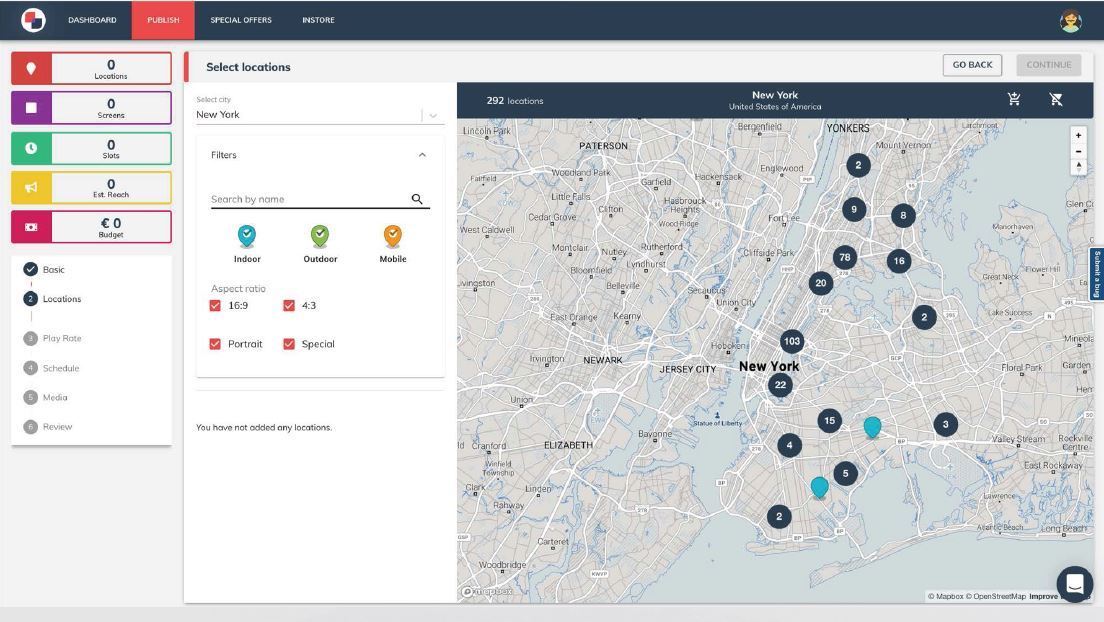 A screen grab of the online DOOH platform by TPS Engage

TPS Engage platform allows advertisers to carry out cross-border ad campaigns, often involving real-time changes in ad sequence at the location depending on crowd features. Advertisers will be able to book a certain hour slot at a foreign location on TPS Engage platform. There is no need to deal with local ad agencies in the process for any inventory secured by TPS Engage. The startup does the API integration with billboard networks to avoid overbooking.

Cameras attached to the signage for crowd recognition detect crowd’s features like age and gender and trigger a real-time change of the ads.

“What’s beautiful about opening up and slicing the inventory is that you actually have a specific advertiser for any hour of the day, whether it is a breakfast and coffee and lunch or gym or alcohol,” Savonea said. “Everybody has their own specific place during the time of a day,”

This technology has come into place under the ePrivacy Regulation standard, Savonea added.

Its DOOH technology can lead to higher returns on spending for advertisers, Psatta said.

“It’s not necessarily about spending less. When people talk about cost efficiency, everyone imagines I need to cut the budget. But It’s about getting more bang for your buck. spending the same amount but having bigger returns,” Psatta said.

TPS Engage plans to continue to secure a foothold in the Korean market for the time being, in terms of signing more deals for outdoor digital panels, private pilot projects with local clients and API integration with billboard networks.

“Korea is one of the few places where alcohol advertisements are allowed on billboards, and (alcohol beverage advertisers) are one of the biggest spenders,” Psatta said.