A National Assembly committee on Dec. 6 passed a revision bill that would effectively stop operations of the van-hailing service Tada, which has been facing a fierce opposition from the taxi industry.

The revision to the transport act, approved by the parliamentary transportation panel, restricts the outsourcing of drivers for the use of rental vans with 11-15 seats to tour purposes.

The bill was passed despite the country’s Fair Trade Commission recommending against it.

If signed into law, Tada will be given only 18 months until it is driven out of business.

“I’m speechless,” Lee Jae-woong, SoCar CEO, wrote on this Facebook page. SoCar is the parent company of Tada operator VCNC. “There was no consideration for the convenience of users or new industries but only the interest of the taxi industry was protected.” 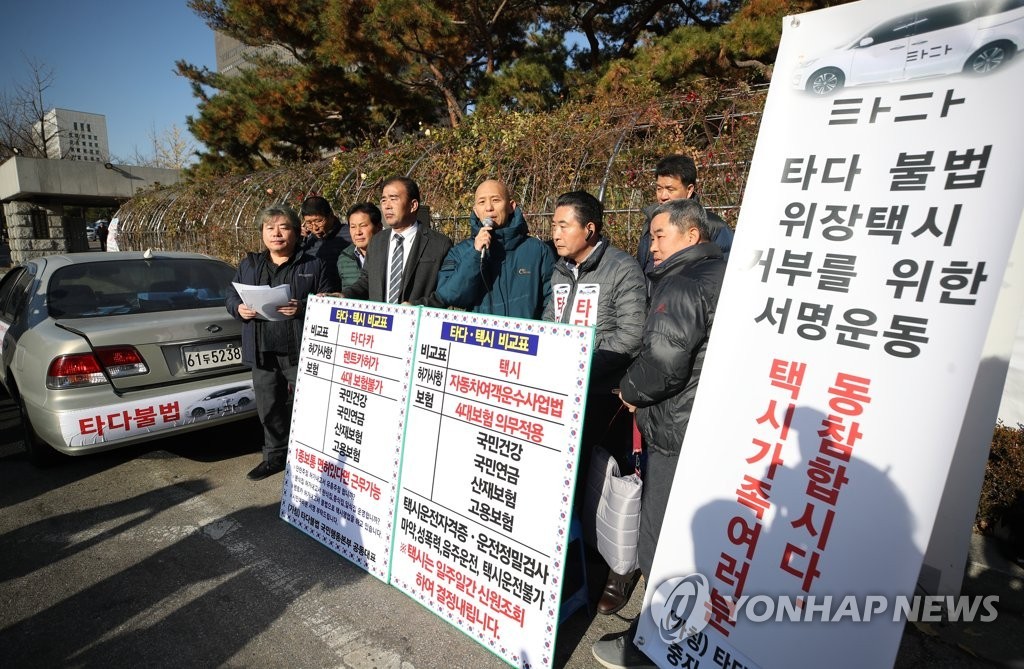 VCNC launched the app-based ride-hailing service Tada in October 2018 using 11-seat rental minivans and outsourced drivers. Tada, meaning “to ride” in Korean, is based on a loophole in the country’s passenger transportation law, which forbids rented cars from being used for commercial purposes, with the exception of vans with 11 to 15 seats.